Google Apps was long seen as too lightweight to be a competitor to Microsoft Office. But Google Apps has added features and maintained a low price over the years, and now the cloud software suite is starting to tempt companies away from Microsoft Office. 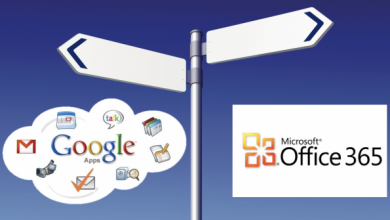 For years, Microsoft Office was widely considered to be the way for businesses to get “serious” work done. Google Apps, the cloud-based office suite, wasn’t generally thought of as being stable or full-featured enough for company use. But as Google Apps has matured, more and more companies have noticed — and in 2012 Microsoft found its core business base eroding as offices jumped ship to Google.

Google has been promoting its software for business use since 2006, focusing mainly on small businesses that didn’t need all the features of Microsoft Office. Now, The New York Times‘ Quentin Hardy reports, big companies are starting to notice Google as well. New Google Apps clients in 2012 included Hoffman-La Roche, a Swiss drug company with over 80,000 workers, and the U.S. Interior Department, where 90,000 employees use Google Apps.

Google’s pricing is a big mark in its favor with businesses. The Google Apps suite, which includes word-processing, data-entry, spreadsheet, and presentation programs, has added features at a steady pace for several years, but the price of the software — $50 a year for each business user — has stayed the same. By contrast, Microsoft Office will cost $400 a year for each business user in 2013, although the Times notes that many companies pay half that with bulk discounts.