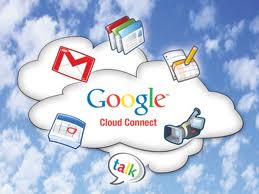 Most of its business involves helping companies deploy cloud computing services like Google Apps and Saleforce.com. But in 2011, the company was losing custom app development opportunities presented by its enterprise clients because there were too few tools available to accelerate Google App Engine projects. The absence of a mature tool ecosystem for App Engine meant that custom apps tended to take longer and cost more than clients would accept.

Tim Lockyear, director of application development at Cloud Sherpas, said in a phone interview that his team spent much of 2011 and 2012 working on software to make it easier to create custom app engine projects that could interact with Google Apps.

The result was Ferris, a Python framework for accelerating Google App Engine development. Named in honor of the work-avoiding protagonist of the 1986 film Ferris Bueller’s Day Off, Ferris aspires to make life easier for App Engine developers.

“What Ferris does is it provides an application framework that prevents the developer from having to do a lot of the redundant work to wire [application components] together,” said Lockyear.

Lockyear said that while Google Apps provides users with collaboration and content creation tools, it doesn’t include workflow or business process applications, which tend to be different for every organization. And according to Lockyear, one of the first things Google Apps customers want to do is extend the environment to meet specific workflow and business process needs. As an example, he pointed to an HR issue-tracking system created for one client.

In another instance, Cloud Sherpas used Ferris to help Quality Distribution Inc. (QDI), a logistics company, update its pickup, ticketing and delivery system by adding an Android tablet application. Cliff Dixon, VP of IT at QDI, said in a statement that as a result of the app, QDI has been able to provide customers with real-time package tracking and go paperless.

Though Ferris has helped Cloud Sherpas grow its app development business twofold over the past year, Lockyear insists the company has no qualms about giving it away. “We think our secret sauce is our quality delivery,” he said. “We’ve gotten value out of this framework and we think there’s a benefit to the general market to use it.”