TransMedia’s Glide media sharing service has reinvented itself for the app world.

Being ahead of the curve can be as much of a problem as being behind it. New York-based TransMedia introduced its Glide Effortless service in late 2005. The cloud-based app, storage and collaboration service was one of the early efforts to recreate the desktop experience in a suite of Web applications. 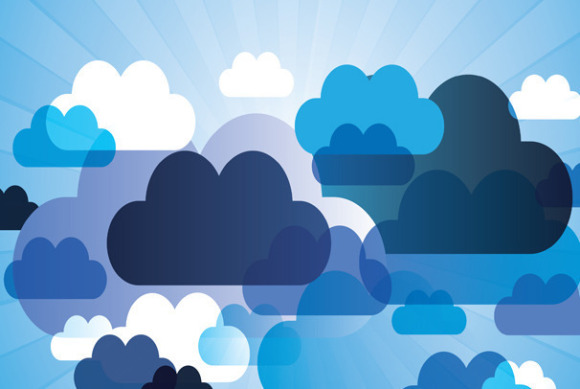 Since then, Apple, Google and Microsoft have all introduced their own cloud storage, sharing and productivity services, leaving TransMedia to reposition its offerings in an effort to survive amid the giants. Glide Effortless became Glide OS and its focus has shifted from providing branded and white-label Web applications for cable operators, to social networking, to content sharing, and online storage.

TransMedia’s latest pivot may finally put it in the position it has been trying to reach — between users and their files. That’s a place every Internet service business wants to be, but few offer enough value to attract and retain customers over time. Apple, Google and Microsoft are doing it through online storage, augmented by other services like email and their powerful brands. Online consumers dislike paying for anything, but they will pay to keep their files safe.

TransMedia offers online storage too, but it’s approaching the market using technology that keeps it out of the storage business as much as possible. Storage may be something people will pay for, but it also represents a significant infrastructure cost.

TransMedia’s Glide service is based on transcoding technology, which allows users to share files across devices and operating systems through streaming. It developed this technology to enable users to better control how their files get disseminated. Downloaded files are easily copied, whereas streamed files can be protected more effectively with a rights management scheme.

TransMedia has been pitching Glide’s value proposition — to make your files accessible across multiple systems and services — well enough to have attracted almost three million users to date. But the company is about to try a new approach: apps. Glide will be released as a Windows 8 app later this month, then as an Android app, and in several weeks as an iOS app, Apple permitting.

Apps hardly seem like a way to challenge the status quo: They’re subject to approval and hobbled in certain ways, at least on iOS. But this time out, TransMedia isn’t challenging the incumbents with replacement services. It’s aiming to improve their businesses by making life better for their customers.

“The basic value proposition of Glide is you can log into your Windows PC, your Android phone, your Dropbox, and access everything,” said CEO Donald Leka in a phone interview. “It’s a single search box to search across all of your devices and services.” He insists the new Glide will make people use their existing online services more.

While the company is also offering traditional cloud storage through a service called Glide Vault — 250 GB for $50/year — its Glide Connect service appears to hold the most promise because it’s free and because it incurs only minor storage costs. Transcoded files are stored only briefly. The source files continue to be stored in the originating service or device, unless replicated during sync through Glide Vault. “This temporary storage model is really amazing because it cuts our storage costs 70% compared to a company like Dropbox,” said Leka.

To monetize Glide Connect, TransMedia is relying on advertising, something it previously avoided. The company is placing ads in its Glide Connect file browsing interface, so that the ads and the files are interspersed with one another. The approach is visually less obtrusive than the ads on many websites, though it remains to be seen how users will react. Glide Vault customers, because they have paid, will not see ads.

In the case of the Windows 8 Glide app, TransMedia is handing 30% of its ad revenue over to Microsoft. TransMedia will be paying Microsoft even more in a few months when it migrates the updated version of Glide from Amazon Web Services to Microsoft Azure.

The Windows 8 Glide app is expected to be available on December 20 or shortly thereafter. The Android version should hit Google Play about the same time.