Despite growing cloud adoption in some public and private sectors, overall, cloud computing is receiving a lukewarm reception in Germany.According to the Global Cloud Computing Scorecard compiled by the BSA Group, last year, Germany lagged behind in terms of cloud readiness. 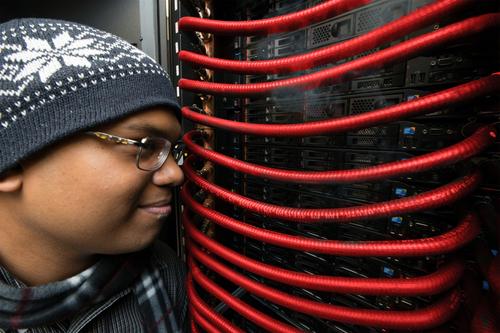 Ranked third in 2012, Germany now has to content itself with fourth place after the United States topped Germany, despite an economic crisis and infrastructure problems.

Down just one place? That may not sound too bad at first. But the news isn’t good for German businesses and government agencies.

BSA — an advocacy group for the global software industry — generates its scorecard based on factors such as security; cybercrime incidents; data protection; freedom of trade; support for international trading standards; copyright; and the expansion of broadband networks. It’s this last point where Germany’s being left behind, having been eclipsed by Japan, Australia, US, Singapore, the United Kingdom, and Korea. And compared to Germany, Both Canada and Poland have made strong strides forward.

Broadband lines are the backbone of connection to the cloud. Without fast broadband, exchanging large amounts of data becomes tricky. Although the German government has declared the expansion of rapid broadband a priority, it’s apparently easier said than done, according to Broadband Investment Index. Red areas on its map show that in 2012, entire sections of the country were still not yet on the broadband network.

The lapse is due to sluggish investment by Internet service providers, especially market leader Deutsche Telekom. It may have installed fiber-optic cables in cities in recent years, but it’s still balking at the prospect of providing high-speed Internet access exceeding 1 Mbit/s in rural areas. True, some cable providers like Kabel Deutschland are stepping into the breach, but as they only began developing their networks a few years ago, a lot more still needs to be done. The introduction of LTE (4G) services is supposed to improve things in the country, but subscribers are beset by volume restrictions.

The prospects for cloud computing in Germany were recently exacerbated by Deutsche Telekom’s announcement that all new DSL contracts will come with volume restrictions. As a result, standard 16 Mbit/s connections will be capped at 75GB per month (download and upload combined); afterward, the speed will plummet to 364 kbit/s.

With cloud services being very data-intensive, how people are supposed to embrace the cloud under these circumstances is a mystery. Deutsche Telekom recommends using its own cloud services — which funnily enough won’t be covered by the new limit. But that runs counter to the principle of network neutrality, an important aspect considered by the BSA study. Germany appears slated to slip even further behind other nations.

Another reason for the slow development of cloud computing in Germany is the country’s lack of datacenters. Top German providers only really discovered cloud computing once international players like Dropbox and Amazon were well-established. Deutsche Telekom now has quite a healthy offering for enterprise clients, and other leading German providers are trying to make up for lost time, but once again, it’s a case of too little, too late.

Many German companies have already signed long-term deals with other vendors. And since it’s not easy for a business to connect its internal IT infrastructure to an external provider, subsequently switching to a German vendor is an awkward affair. At least the situation looks better for home users, with Deutsche Telekom and its main rival 1und1 providing consumers with sufficient amounts of cloud storage.

Further exacerbating the issue, German regulations are only slowly catching up with the new realities. For years, the government has paid only cursory attention to the web. There’s no support for investments and too much red tape, making things particularly difficult for startups. The exception to this is Berlin, where the local authority has provided so much assistance for startups and new technologies that more than 500 new companies have set up their headquarters in the German capital this millennium. Berlin is pointing the way forward for the rest of Germany.