Looking back at 2013 we can say the cloud has become the driver for tremendous innovation in all companies. From the world’s fastest growing startups, like Dropbox, Instagram, Spotify, Pinterest and Shazam, through to some of the world’s largest enterprises, like Samsung, Royal Dutch Shell and Unilever, through to governments and education and research institutes, all are using cloud computing technologies to innovate and better serve their customers and citizens around the world. 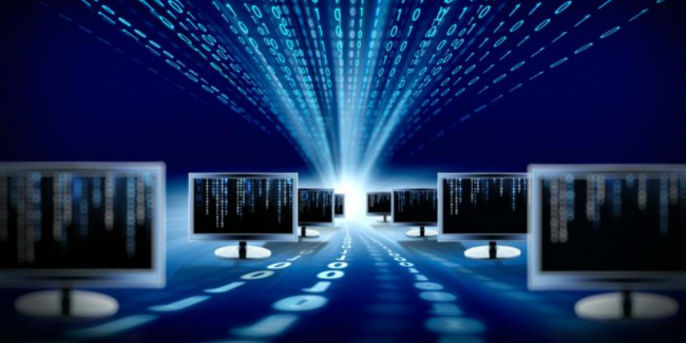 Despite all of the amazing innovation we have already seen over the last seven years, we are still at day one. In 2014 and beyond cloud will power exciting innovations that will touch every area of our lives. Out of all the things our customers are doing I have picked four trends that are set to become big in 2014.

Cloud will enable your content to follow you wherever you go
Cloud has changed how we interact with mobile devices. In the past content would be moved to the device, now devices are just a window to content and services that live in the cloud. This started with our smartphones and tablets, where regardless of which device we use, or the location, we have access to our content and subscriptions.

Now this approach is migrating to non-mobile devices such as Samsung smart TV’s. The devices are beautifully designed and beautifully built, but the core functionally of these television sets is software connected to services running in the cloud.

This is also moving beyond traditional devices, for example my car is already connected to my Amazon Cloudplayer giving me music everywhere I go. I have seen the first treadmills where the moment I step on them they reconfigure to give access to my music and videos, my newspaper subscriptions and books, but also my documents in services like Dropbox. I no longer need to bring my content; cloud enables my content to follow me wherever I go.

Cloud based analytics enhances the offline world
The cloud is already the place where researchers collaborate on data that flows in real-time from devices such as the Mars rover or the Ilumina DNA sequencer into cloud storage. In 2014 expect an explosion in data generation by real-world devices and where that data is stored, analysed and shared in the cloud.

For example we will see a rise in the industrial cloud where industrial environments are equipped with sensors producing data to improve efficiency and reliability. An example is the project we run with GE on instrumenting their gas turbines or with Shell where they are going to drop sensors in their oil wells that generate petabytes of data.

Also in our daily lives we will see the rise of cloud connected sensors and devices such as the Nest Thermostat or the home control applications built by energy companies like Essent. Around the world public transport companies are instrumenting their busses and trams with sensors that feed into platforms like OneBusAway that can give real-time updates to travellers.

Passengers themselves can also become sensors: services like Mooveit use the information from an application on passengers’ phones to give real time transport information in the same way that Waze does for cars.

The cloud allows everyone to become a media company
In 2014 expect a great rise in organisations that are adding media capabilities to their offerings. A good example is sports clubs; all are looking for ways to establish an engagement with their fan base beyond the two hours on a weekend. A successful way to achieve a weeklong engagement is by daily distribution or fresh, exclusive media content. The subscription revenues for clubs that often have millions of fans around the world are substantial.

Cloud based services for pre and post production, as well as distribution, are readily available such that anyone can become an internet broadcaster operating worldwide without any capital investment. A well-known case is that of the Amazon Web Services (AWS) powered LiverpoolTV, but every football club worldwide is following their example.

Another very popular case is that of performing arts organisations, from orchestras to theatre companies, which give exclusive access to their performances through cloud-based media production. This way they are able to reach a much larger audience, which would often not be able to attend their performances in person. It extends their revenue potential, which is needed in times where arts subsidies are disappearing. A good example is Berliner Philharmoniker, the world famous orchestra that gives access to their live performances through the digitalconcerthall.com that makes use of all AWS regions around the world to provide a high quality media experience.

Faster and faster, cloud moves data processing to real-time
Up until this point big data has very much focused on looking historically – people who brought product X also brought product Y, the market moved in this direction last week so is likely to move in that direction now. There has always been a close relationship between big data and cloud computing as it requires no limits in terms of compute and storage but by adding real-time processing capabilities, we will see a rise in data analytics that are able to produce results for in real-time, radically changing the products companies can build.

For example we see companies with real time recommendations, in the form of ‘other people in your network are reading X’. Some of the frontrunners here are the companies working on second-screen technologies, such as Channel 4, that make use of real-time data to power the information they present to augment TV watching. A company like Netflix that processes over 40bn events a day uses real-time analytics to power their operations, their customer engagement and their business metrics.

We see almost every industry taking advantage of the cloud to radically improve the speed at which they can process their data.