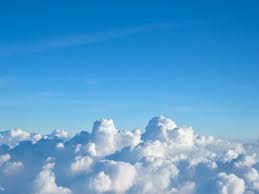 According to a Forrester survey, nearly 50% of business-unit aligned developers are now or will build apps in the cloud by the end of 2014, while 55% of their peers in IT Ops consider private cloud a top infrastructure priority and 31% plan to adopt public cloud IaaS in the coming year. This illustrates that the cloud is not only a viable option for a broad range of workloads, but has quickly become the preferred option for reaching new markets and buyers faster and staying ahead of competition.

Australia will rise to the No. 2 public cloud computing market. While Europe is certainly the No. 2 market if taken as a whole, Australia, as a country, is quickly taking up public cloud computing services. As with virtualization, smartphones, and other technologies, Australia is a very fast follower once the technology has established its value in the US and Europe, and this is quickly becoming the case for public cloud services. And before you think that it will be China, note that our research shows that its market is still in the virtualization and consolidation phase.

In a blog post, James Staten notes, “As the Age of the Customer arrives, all the focus shifts to the Systems of Engagement and the agility in refining these critical customer tools. Cloud technologies and services represent the fastest way for the business to reach new buyers and breathe new life into aging applications. In 2014 cloud leverage will be both traditional and disruptive as the business and IT put cloud to work.”

Forrester’s top 10 predictions for cloud in 2014 include: