Revenue generated from public cloud is estimated to grow to upwards of $107 billion by 2017, but according to the head honchos at Flexiant, there’s an apathy running through the services provider world. 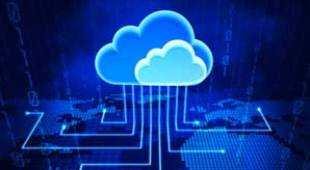 Although plenty of services providers have caught the cloud bug already, Flexiant’s leaders noted in a discussion with Talkin’ Cloud that many still don’t “get” the cloud and how they fit into the market.

“People aren’t going to have installed software. In a few years’ time, you’re not going to be able to buy on-premise software,” Knox said. That’s an observation that is lost on some IT solutions providers, and it appears they are not making the switch to the newer cloud computing model of revenue generation fast enough.

Knox noted there are 30,000 hosting companies with more than $2 million in annual revenue around the world, and as more and more get into selling cloud, they will struggle to differentiate themselves, particularly as they play catch-up to the likes of the big guys in the biz.

“I think you get the 800-pound gorilla is called Amazon, and it’s probably more of a 5,000-pound gorilla,” Knox said, also noting that Amazon is doing 14 times the business of its top five competitors in the public cloud space.

Meanwhile, services providers of all types are already finding they are late to the party. And in many cases, they are trying to sell cloud like they are still operating in the box-pusher world of IT sales, Knox said.

“People don’t like change. It can be very disruptive,” Knox said. But to be successful over the next few years, firms will have to embrace that change.

That doesn’t mean every services provider has to end up providing multi-tenant cloud services to its customers, said Tony Lucas, Flexiant co-founder. The sales strategy is less about selling the technology, but instead selling a business solution—a change vendors have been pushing for the better part of a decade, before we even started talking about “cloud computing.”

“This is a business opportunity, not just a technology kick of the box,” Knox said.

Considering its own place in the market, Flexiant is a stakeholder in the public cloud services market. It has focused its business on providing the tools services providers need to manage and orchestrate public cloud services. And that change in mindset that is becoming increasingly required to do business in the IT space is both a threat and an opportunity, he said.