Five myths about the cloud

Cloud computing has crossed the threshold from a technology issue to a matter of political and cultural debate. It is at the center of the controversy over the National Security Agency’s collection of data in the name of counterterrorism. 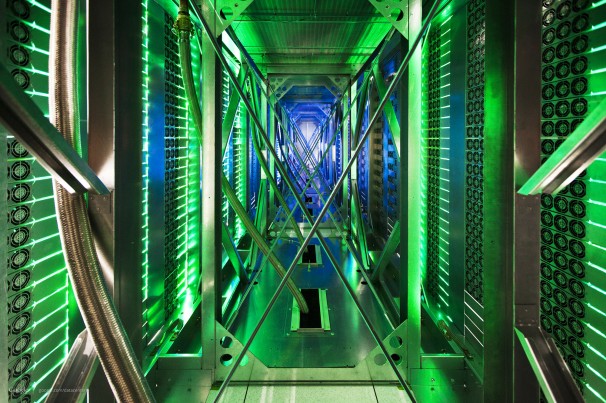 It has also launched conversations about the future of the workplace in the age of telecommuting. But while the cloud has permeated our lives, myths swirl around the concept.

1. Cloud computing is for geeks.

A recent episode of CBS’s “The Good Wife” captured all-too-common confusion about cloud computing. “Do me a favor,” the character played by Julianna Margulies tells her son. “I need all my company contacts saved from my company cloud to my cloud, my personal cloud. Can you do that?” Her son replies, “Mom, you have no idea what any of those words mean, do you?”

She’s not alone. A survey commissioned by Citrix in 2012 found that a majority of American adults didn’t understand what “cloud computing” meant, with 51 percent believing that stormy weather could interfere with it and 54 percent saying they never used it — even though 95 percent actually did.

Cloud-computing powers online banking and shopping, e-mail programs such as Gmail and Yahoo, social networks, online photo and music storage, and digital libraries such as Netflix and Kindle. It’s also increasingly what supports American workplaces. The annual North Bridge Future of Cloud Computing Survey found that 75 percent of companies were using cloud services in 2013, up from 67 percent in 2012.

The basic concept is that data and applications stored remotely can be delivered over the Internet, turning computing into a utility like electricity and water. “The cloud” is just a metaphor; nothing actually happens in the sky. For individuals, it means we can use our computers, phones or tablets to access our information wherever we are. For businesses, it means they can access computing resources on a scale once available only to companies with enormous amounts of money and technology know-how. The cloud can help them get by without hiring lots of geeks.

2. Cloud computing is a fad.

Although “the cloud” became a buzzword in popular culture in the past few years, neither the concept nor the technologies underpinning it are all that new. The idea that computing should be organized like a public utility goes as far back as 1961, when computer scientist John McCarthy talked about it at MIT’s centennial celebration. It wasn’t until the Internet matured, however, that the vision became practical. Salesforce.com began to deliver applications through a Web site in 1999, and Amazon (whose owner also owns The Washington Post) launched its cloud-based services in 2002.

What’s changed more recently is the level of investment in the cloud — and that ensures it isn’t going away anytime soon. The research firm Gartner predicts that companies will spend $788 billion on public cloud services in the next four years. And the McKinsey consulting firm forecasts that cloud technology could have an economic impact of $1.7 trillion to $6.2 trillion a year by 2025.

3. The cloud is not secure.

Security concerns are the main barrier to cloud adoption, as reflected in the North Bridge survey. When people talk about security threats, they’re usually thinking about hacking, identity theft, malware and phishing schemes. And it isn’t comforting to hear reports like the one on New Year’s Day that hackers had compromised 4.6 million usernames and phone numbers associated with Snapchat accounts.

But the key is to assess relative risk. Are local computers, networks and servers better protected than cloud-based assets? In most cases, the answer is no. Cloud data centers and networks are attractive targets because of the huge numbers of records they hold. But the major cloud service providers can invest far more heavily in security than the average business can, and the average business remains vulnerable. In a 2011 survey, 90 percent of companies said they had been hacked in the previous 12 months. Security experts will tell you that the remaining 10 percent just didn’t realize they’d been hacked.

A different strain of cloud-security anxiety involves concern about government snooping. That worry was understandably amped up last year by revelations that the NSA was mining data from nine cloud-dependent Internet companies and had infiltrated Google’s and Yahoo’s clouds. Cloud providers and tech executives have responded by ramping up their encryption efforts while aggressively pressing President Obama to reform government surveillance.

In the same way that retailers have convinced customers that their personal and financial data are secure when they make online transactions, cloud service providers will eventually be able to assuage fears about security.

4. The cloud is not reliable.

There have been more than a few news stories about outages affecting the big cloud providers. Pretty much everyone went down at least briefly in 2013, with notable outages at companies including Yahoo, which had problems delivering mail for five days last month; Verizon’s Terremark cloud service, which took down HealthCare.gov for several hours in October; and Amazon.com, which lost millions in sales during a half-hour crash in August.

But what about all the outages that don’t make news? The ones in smaller corporate data centers? Or when your laptop freezes or your PC crashes? Those can be devastating because there isn’t the same level of backup, redundancy and resiliency that cloud providers can offer to contain the damage. Studies by Microsoftand others have confirmed that when businesses shift to the cloud, they see improved service availability.

5. The cloud is bad for the environment.

This myth has been perpetuated by Greenpeace campaigns and stories such as the New York Times’ “cloud factories” series, which stated that the “foundation of the information industry is sharply at odds with its image of sleek efficiency and environmental friendliness.”

There’s no question that data centers consume huge amounts of energy. But when businesses move from on-site facilities to consolidated cloud data centers, it saves energy and cuts pollution — just as relying on power companies is better for the environment than if everyone had to run their own generator. In one simulation last year, researchers at Lawrence Berkeley National Laboratory and Northwestern University estimated that if all U.S. companies shifted e-mail, spreadsheets and customer management to the cloud, they would shrink their computing energy footprints by 87 percent. And a 2010 report from Pike Research predicted that cloud computing could cut global data-center energy use by more than a third by 2020.

The major cloud service providers are also trying to be greener. For instance, Apple announced last spring that it had achieved 100 percent renewable energy at all its data centers. Google is coming up with ways to cut energy demand and cool its data centers more efficiently. And Facebook has a Swedish data center that is cooled by Arctic air and powered by hydroelectric sources. Going forward, we can expect cloud providers to reduce their environmental impact even further.