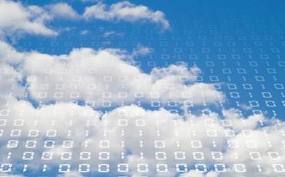 Seven months after Citrix turned the CloudStack open-source cloud project over to the Apache Foundation, the first Apache-blessed code is out.

The new 4.0.0 “incubating release” of CloudStack adds  CloudBridge, an Amazon Web Services (AWS) API extension, right into the CloudStack package so that users can “turn on” Amazon S3 and EC2 support if they want.  There is also a bunch of support for other third-party technologies including Ceph and Caringo storage and the Nicira network virtualization platform. The code can be downloaded from the Apache site.

CloudStack, is one of four major open-source cloud platforms including OpenStack — which is backed by Rackspace, HP, IBM, Red Hat and others. All of the companies named — with the exception of IBM — have some form of OpenStack cloud available. Eucalyptus is an open-source cloud platform targeting private cloud deployments and which supports the Amazon APIs. And OpenNebula, out of Europe, is used by customers including the European Space Agency, IBM, Akamai and CERN, the home of  the large Hadron collider.

Amazon API compatibility is something of a flash point for these cloud providers. Rackspace, for example, does not offer such compatibility with its OpenStack cloud, while Cloudscaling touts its Amazon API support (as well as support for the Google Compute Engine) as a key selling point.

CloudStack occupies an interesting position in this competitive landscape. Citrix was an early OpenStack proponent and OpenStack Foundation member but last April put CloudStack — which it owned by virtue of its earlier acquisition of Cloud.com — into the Apache process as an OpenStack alternative, stating that this technology was further along than OpenStack.