Federal Agencies Build A Business Case For The Cloud

More than half of federal agencies are saving money with cloud computing, our annual survey finds. But security, compatibility, and skills present huge challenges.

The Office of Management and Budget introduced the Federal Cloud Computing Strategy in February 2011, putting federal agencies at the beginning of the cloud adoption curve. Since then, federal IT teams have been evaluating, planning, and implementing cloud services, an exercise that by every indication will be an essential part of the IT planning process for years to come. 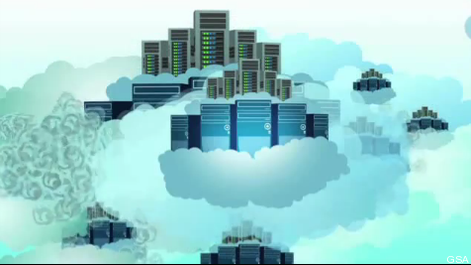 This article analyzes the state of cloud computing in federal government with new, exclusive data collected by InformationWeek Government. Our third annual Federal Cloud Computing Survey, conducted in September, was completed by 103 federal IT pros.

The question isn’t so much whether there’s been progress, but how much. Are government organizations moving past early-bird projects and turning to the cloud as their first choice when looking to meet new IT requirements? Which issues stand in the way of cloud deployment? Do agencies want private or public clouds?

Our survey shows that a sizable majority of respondents have work under way or plans to advance their agencies’ cloud strategies. More than half of these agencies have identified use cases for cloud services, and 46% have evaluated cloud products and services. Fifty percent of all respondents say their agencies are moving ahead with cloud adoption or are in the early stages of doing so; last year that percentage was 40%.

Of those agencies using or assessing cloud services, 18% are using public clouds and 14% are using private clouds. But demand is building for private clouds, with 39% of these respondents indicating they’re highly likely to adopt them.

Lowering the cost of IT operations and reducing investment in servers and data center equipment are important to respondents, cited by 54% and 51%, respectively. Fifty-one percent say their organizations have performed cost analyses and determined that the cloud offers some level of savings.

Security remains the biggest concern. No surprise there. The Federal Risk and Authorization Management Program, which went into effect in June, is intended to bring a higher level of confidence in the cloud by standardizing the security assessment of vendors’ facilities and services. According to our survey, however, FedRAMP hasn’t yet had a big impact. Only 11% of survey respondents have begun using the General Services Administration-managed FedRAMP process.

Other obstacles include lack of cloud expertise and experience (31%), evolving standards (29%), and lack of a governance framework (24%). In other words, there’s still much to do before cloud computing becomes as easy as it sounds for government agencies.