Expect To Save Millions In The Cloud? Prove It

Top government IT officials will discuss their plans to implement cloud computing and save money at the GovCloud 2012 conference in Washington.

The General Services Administration, in justifying its decision two years ago to adopt Google’s cloud services for email and collaboration, projected it would save $15 million over five years. Now, an internal audit has found that evidence of those anticipated savings is lacking.

GSA’s inspector general recently released the results of its audit of the agency’s transition from Lotus Notes to Google Apps for 17,000 employees. Unisys is the lead contractor on that part of the project. In a related move, GSA awarded a five-year contract to Salesforce.com to use its Force.com service to support the Notes migration. 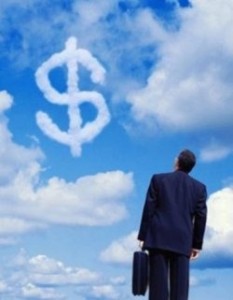 GSA’s undertaking is significant because it’s one of Uncle Sam’s first big steps into the cloud. The agency became the first “to move its entire staff to a single cloud-based email system,” according to the inspector general.

The audit, conducted from May to August, reached three findings: Some of GSA’s projected cost savings couldn’t be verified. Performance measures were unclear or otherwise lacking. And GSA hadn’t done an inventory of the applications being moved to the cloud. As a result, the inspector general was “unable to verify whether adequate progress is being made toward the projected savings goals.”

We saw this coming. In April 2010, a month before the GSA made its decision to move email to the cloud, I wrote a column titled, “Claims Of Government Cloud Savings Don’t Add Up”. The premise was that, despite a general perception that the cloud is cheaper than traditional IT, the evidence was “fuzzy.” GSA’s inspector general has reached the same conclusion.

The GSA, in its defense, issued a statement reiterating that it has saved $2.9 million to date on the Google cloud migration, including $1.8 million in software licensing and almost $1 million more on hardware, services, and support. “We stand by our early estimate to save at least $15 million over five years,” the GSA said.

Going forward, the GSA promises to do a better job of tracking the performance of its cloud initiative. The inspector general recommended that the agency provide an updated cost-savings analysis and develop a comprehensive performance management program. “We agree with the findings and recommendations,” GSA CIO Casey Coleman wrote in response to the report.

GSA’s experience is a reminder of the importance of business planning and project management every step of the way with cloud computing. Contrary to conventional wisdom, there’s no guarantee that the cloud will be cheaper than old school IT. In fact, InformationWeek Government‘s Federal Cloud Computing Survey, conducted last month, found that only 28% of respondents who are currently using or assessing cloud services determined that they stand to realize considerable savings. More than a third hadn’t done the cost analysis.

I talked to a government technologist this week who said too many agencies are unable to do apples-to-apples cost comparisons between their physical IT assets and cloud alternatives. “I don’t find a lot of people who know how much things cost,” he said.

What are other government agencies doing to plan and manage their cloud projects? We will explore that question at GovCloud 2012, a day-long conference in Washington, D.C., on Oct. 17 that will feature cloud implementers from across federal government. Keynote speakers will include Joe Klimavicz, CIO of the National Oceanic and Atmospheric Administration, Keith Trippie, executive director of enterprise system development for Homeland Security, Dave Mihelcic, CTO of the Defense Information Systems Agency, and Khawaja Shams, manager for data services with NASA’s Jet Propulsion Lab.

Government IT pros involved in cloud planning and implementation should join us at GovCloud 2012. InformationWeek Government will present and discuss our Federal Cloud Computing Survey findings there, too.

It’s been nearly two years since the Office of Management and Budget introduced its “cloud first” policy, and federal IT pros are still learning how to craft a cloud business case that holds up to scrutiny. GSA was forced to go back to the drawing board–others should learn from that. It’s not enough to cost justify the decision to “go cloud” just at the start; performance must be tracked and validated once you make the move.