Ex-Apple CEO: Alibaba to target US in acquisition trail

Chinese e-commerce giant Alibaba is the “hottest thing” in high tech right now and is likely to go on an acquisition spree in the U.S. as it has done in Asia, former Apple CEO John Sculley told CNBC on Wednesday.

Alibaba is expected to file the prospectus for its U.S. initial public offering (IPO) next week, sources told Reuters on Wednesday, in what is expected to be the biggest-ever listing by a tech firm. 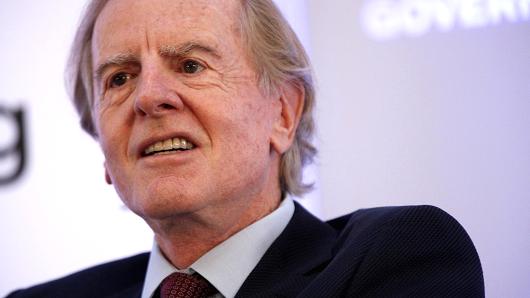 The firm has spent nearly $3.5 billion on acquisitions over the past year, most recently acquiring the remaining stake of Chinese mapping and navigation firm AutoNavi Holdings (it already owned 28 percent) and a 20 percent stake in Chinese cable TV company Wasu Media Holding.

“I can only speculate but I think it’s inevitable that Alibaba will want to move [further] into the U.S. market,” said Sculley, managing partner of IT supply chain company Inflexionpoint.

Last month Alibaba invested $280 million in the Silicon Valley mobile messaging app-maker Tango, the New York Times reported. Sculley, who was CEO of Apple from 1983 to 1993, expects the trend to continue.

“They have a great currency with their stock value right now. I would expect that Alibaba, after they go public they’ll probably continue to be an active acquirer,” he said, adding that “they are the hottest thing in high tech by far.”

“We are in a ‘winner takes all’ world so you can have a Jeff Bezos or a Jack Ma and they can step into an industry and literally it can be ‘winner takes all.’ What’s really going to be fun to watch is when those two start to compete with each other,” he said.

A key focus on competition between the two firms will be mobile payments, said Sculley, an area where Alibaba has already established a strong presence. It runs mobile payments service Alipay – which accounts for roughly half of China’s total online payments, while Amazon is yet to move into the space.

Talk of a bubble in the U.S. tech sector was prevalent at the start of the year, following a string of multi-billion acquisition deals and highly priced IPOs.

Sculley told CNBC he found some of the astronomical values of the recent buy-outs hard to explain.

“I can’t explain how Facebook was able to pay a couple of billion dollars for Oculus,” said Sculley, referring to the social media giant’s $2 billion purchase in March.

He said Facebook’s acquisition of messaging service WhatsApp for $19 billion was more understandable, however.

“For WhatsApp you can start to [see] logic for that one. WhatsApp had over 400 million users [and] it’s very strategic for Facebook to show that they can get into mobile in a bigger way and monetize it,” he added.

Yahoo owns a 24 percent stake in Alibaba; some analysts say that the firm’s growth has been primarily driven by its stake in the Chinese internet giant.

“There’s no way that you are going to take Yahoo and grow it into a big successful company without making a significant acquisition,” he said.

“I think she ought to go bold… and buy something big,” he added referring to CEO Marissa Mayer.

Yahoo is reported to have its sights set on high-end video, and the Wall Street Journal said last month that Yahoo was in preliminary talks to acquire online video serve News Disruption Network for $300 million.