With a four-year debt crisis and recession affecting many of its member countries, the European Union (EU) is turning to cloud computing to create 2.5 million new jobs and boost the region’s economy.

Cloud computing is where files are stored in massive data centers rather than on office servers and computer programs and functions run via the Internet. Oracle [ORCL  31.18

] CEO Larry Ellison describes it being like an electricity network. 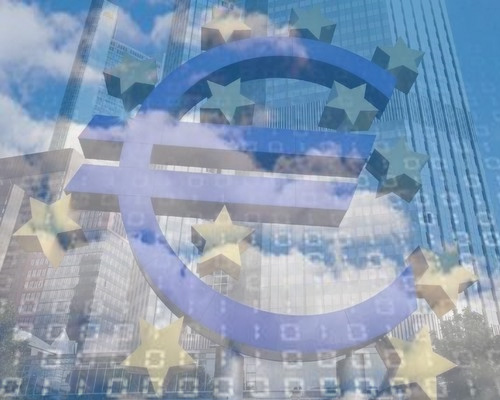 “Consumers don’t have to get bogged down with the complexity of computing and they don’t have to make a huge capital investment, they just plug in and run their applications,” the founder of the world’s largest database software company told CNBC Tuesday.

It may not be a new concept but it certainly caught the eye of the European Commission which says the industry could increase the region’s gross domestic product (GDP) by 583 billion euros ($760 billion) between 2015 and 2020 and create millions of new jobs.

] is one of the world’s largest data providers and Howard Elias, president and COO of the company’s cloud computing branch, told CNBC that new strategy and regulations can only be positive for the industry.

“Anything that governments and the EU can do to clarify and simplify is always a good thing,” he said. “Any time you have a framework, that can only foster more investment.”

The EU wants to focus on four key aims to help cloud computing realize its full potential. They want users to be able to easily move providers, a certification for trustworthy companies, contracts that would simplify regulations, and clear communication between providers and the public sector, so work doesn’t drift overseas to the U.S.

Katherine Thompson, analyst at Edison Investment Research, is not entirely convinced, however.

“I’m not sure I strictly agree that it will give such a boost to the economy, as the move to the cloud is often a shift from one form of expenditure to another, as opposed to incremental spend, and in many cases will be deflationary,” she told CNBC. “The EU’s thinking behind this is that it would help create new types of companies and new business models start … I do agree with this myself, but this is already happening without EU involvement.”

International Data Corp., which helped the European Commission draw up its strategy, said that the new policy could create in excess of 3.8 million jobs, compared to 1.3 million if nothing was done.

It conceded, however, that “this does not take into account the jobs that would be lost or the workers displaced by cloud-related reorganization of business processes and productivity increases.”

Thompson explained that this doesn’t have to be the case, and the sector could simply adapt.

Dan Grabham at TechRadar points out other problems such as data security, which he called the “elephant in the room.”

“It’s important that this can be assured, even across boundaries,” he told CNBC.com.

Grabham added: “The key to the growth of cloud computing in the EU is making it cheaper for companies to have data centers here,” highlighting that the key players such as Amazon.com [AMZN  259.06

] are all in the U.S. and already have facilities there. While it’s important for them to have data centers in different territories for many reasons, it’s not a given that jobs will be created in the EU just because of these measures.”