By Michael Oxley and Bart Stupak

If you ever reported something bad at work and got trouble in return, you are not alone.

Last year, nearly 8.8 million Americans felt the sting of workplace retaliation — a 33% increase in negative payback from the year before. That surge, identified by the Ethics Resource Center in its biennial survey of ethics in the workplace, is an ominous trend that strongly suggests that ethics violations at U.S. companies are about to go up. Read more.

Even as they focus on restoring growth, American companies need to add ethics as a priority. 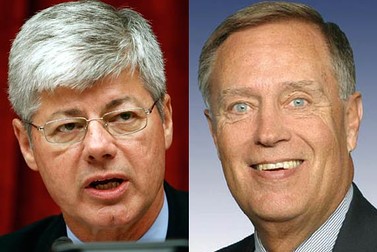 For almost every form of misconduct — ranging from fudging on expenses to lying to customers to major fraud — reporting by conscientious employees is often the earliest detection system. That’s why, as members of Congress, as we focused on deterring corporate crime, we worked to protect whistleblowers. It’s also why companies that value ethical performance invest in internal programs to ensure that employees follow the rules and also report others’ misconduct when they see it.

But in companies that tolerate, or even encourage, retaliation, employees hold their tongue while bad behavior festers and multiplies. Unfortunately, some companies are less committed to ethics than others and the latest data, collected in ERC’s National Business Ethics Survey 2011, identified several warning signs. Read more about the survey.

Among the negative findings:

• Among workers who reported misconduct, more than one in five experienced retaliation in return.

• A growing number of employees say they feel pressure to compromise standards.

• Ethics cultures are on decline. At 47%, the share of businesses with weak cultures is near an all-time high.

For now, workers are continuing to work to high standards. During 2011, instances of workplace misconduct fell to their lowest level on record and the percentage of workers who reported the violations they saw climbed smartly. But history tells us that admirable performance is not likely to last in the face of the negative trends the data has identified.

Based on historic patterns, the economic recovery we all seek and hope for also will crack the door open on riskier behavior and misconduct. In the 17 years since the first NBES, misconduct has declined whenever recessions stoke fears for job security, but risen again as the economy bounces back.

To counter this trend and nip the next ethics downturn before it gains traction, America’s business should invest even more heavily in internal ethics programs to create workplaces where the highest integrity is expected of every manager and every employee.

Here’s some of what the Ethics Resource Center recommends for business leaders and boards as detailed in the 2011 NBES report:

• Establish ethics as a business priority and give ethics officers the resources they need for effective programs.

• Make “ethical leadership” a core component of performance evaluations for managers at all levels.

• Take advantage of social networks to build an ethical culture

• Revisit and strengthen policies on retaliation

Sometimes, ethics problems can catch us unaware, and booming prosperity may distract us from the benefits of a strong ethics culture. But, as we begin 2012, the handwriting is on the wall. We’ve seen the warning signs. It’s time to get to work so that companies and employees do business the right way in the years ahead.