Only a year after acquiring Syncplicity, EMC is getting ready to make the company’s enterprise file management system work with hybrid clouds. Syncplicity began as software for enterprises and consumers to synchronize and share files in public clouds. EMC bought the company about a year ago and soon added features that let customers use it for data stored within their own arrays. 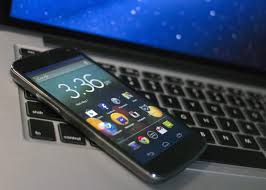 Starting in the second half of this year, Syncplicity will be able to work across both private and public data stores, providing what EMC calls a policy-driven hybrid cloud. The coming update was announced on Tuesday at EMC World along with a few other enhancements.

The new version of Syncplicity will let enterprises store each kind of data in the right place, said Jeetu Patel, vice president and general manager of EMC’s Syncplicity Business Unit. For example, marketing materials containing public information could be stored in a public cloud, while sensitive documents that a legal team was using in a merger transaction could stay within the company’s own storage. Both types of data could be replicated and accessible through Syncplicity.

Another feature of the software would let enterprises set some data to “geo-replicate” to storage that’s close to those who need it, Patel said. For example, an engineering team in New York could have the latest version of a project replicated to private storage arrays in China, near to the offices of other team members. That would provide the performance boost of caching without putting the data on a service provider’s content distribution network.

Syncplicity will be able to assign different types of information to specific storage devices based on who generated the data, what work group it belongs to, or what folder it’s in, Patel said. Based on those policies, synchronization will happen automatically with the assigned storage devices.

Also on Tuesday, EMC said the Syncplicity system will be able to take advantage of ViPR, a software-defined storage platform EMC announced on Monday. ViPR, coming in the second half of this year, virtualizes storage infrastructure so different arrays can be managed as a single pooled resource. ViPR will work with storage gear from both EMC and other vendors, using a variety of APIs (application programming interfaces).

Syncplicity will also add EMC’s VNX storage systems to the list of platforms it can work with. VNX support will be generally available in the second half. The software is already certified to work with several other EMC systems and theoretically should work with any standards-based platform from another vendor, according to Patel. In the future, EMC will certify Syncplicity for use with third-party storage systems, Patel said.