Home Ecommerce growth depends on simplified taxation, says ELP
DT, February 25, 2015February 25, 2015, Emerging Technology, IT Strategy, Technology, E-commerce Industry, e-commerce players, ecommerce growth, Emerging Technology, IT Strategy, Singapore, technology, 0
With over 200 million internet users, the growth rate of internet penetration in India is pegged at 32%. That is one reason why virtual marketplace, as a concept, has found widespread acceptance in India and has resulted in unprecedented growth of e-commerce. 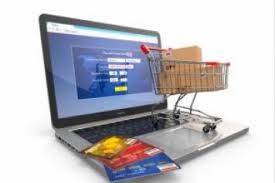 This has attracted the attention of the tax authorities, who seem to want to partake a share of revenue in the form of taxes. Business models differ. E-commerce players have broadly adopted two models for their operation, one being the marketplace model wherein they only host a platform for sale transactions to be undertaken between prospective buyers and sellers and the second being the fulfilment model, wherein the e-commerce player stocks goods of its vendors / sellers and based on orders received online from customers / buyers, dispatches goods for delivery.
In this background, we have had the state governments of Karnataka, Kerala, Tamil Nadu, Maharashtra and Andhra Pradesh conducting inquiries against e-commerce giants like Amazon, Flipkart, etc. demanding VAT allegedly evaded, besides slapping fines, threatening prosecution and initiating coercive recovery proceedings.
The state sales tax authorities have premised their claim to sales tax on two premises: (1) that the sale or physical delivery of goods (from a warehouse) had been undertaken within the territorial limits of such state and (2) that even if the e-commerce giant were only hosting a marketplace for sale by third parties for a commission, such commission agent would tantamount to a ‘dealer’ liable to discharge applicable tax in terms of the extant laws governing levy and collection of VAT.
Contesting the said claim to tax, e-commerce players have in turn pleaded that their role is indeed restricted to provision of a platform to merely facilitate the sale by the actual vendor for a fee as consideration for such service and not to effect the sale per se. It is also argued that they do not act as a commission agent of the actual vendors for the purposes of any sale transaction. Given the variety in business models, in the absence of clear tax laws or legislative guidance on the taxation of e-commerce transactions, the e-commerce industry in India is grappling with wholly avoidable issues and litigation on various issues ranging from (a) the applicability of tax; (b) identification of the point of taxation as also the place of supply; (c) determination of the rate of sales tax that needs to be factored while facilitating sales; and (d) statutory compliances in relation thereto.
This situation is in stark contradistinction with the tax and regulatory environment in other jurisdictions where tax regulators are making a concerted effort to simplify the tax laws and related compliances so as to promote growth of e-commerce. Case in point being the European Union (EU) which has as recently as 1st January 2015, overhauled its erstwhile tax regime to come up with a scheme of taxation whereby all electronic services are required to be taxed in the country where the customer belongs. This is regardless of whether the transaction is a B2B or a B2C transaction, and also regardless of whether the supplier is based in the EU or outside.
To further do away with the onerous requirement of registration in every EU state, EU has formulated a Mini One Stop Shop (MOSS) scheme enabling accounting of the VAT due on supplies of electronic services by business to consumer within the EU by virtue of a single calendar quarterly return. The tax regulators in Singapore have opted for an even simpler regime for its domestic consumption based GST whereby the medium through which a transaction occurs does not alter the taxability of the transaction. A supply of goods or services made via the internet or any other electronic media is treated at par with that made via traditional methods.
Accordingly, while the seller of the goods discharges applicable GST on the sale of the goods, the e-commerce player hosting the virtual marketplace is required to pay GST only the service fee received by it. The same principle of taxation has been adopted by Malaysia as well. Therefore for India, the need of the hour is to take a cue from global precedents à la Singapore and to devise a tax regime that specifically takes into account the unique dynamics of the e-commerce sector, its modus operandi and the very fact of it not being territorial in nature. Specific laws and/or rules ought to be formulated clearly defining the taxable event, the person liable to pay tax, liability of the person acting as a pass-through, etc.
Whilst the roll-out of GST, proposed to be introduced from 1st April 2016, will hopefully rule out issues of multiplicity of points of sale and dispatch of goods, it needs to be seen whether the proposed regime will be as minimalistic as anticipated. E-commerce players would thus do well to address the issues collectively, rather than let the position be crystallised by States to later detrimental for doing business in India. Also, tax regulators may consider the global practices as guidance to resolve open / pending issues raised by the state tax authorities.
Share this
0 likes
Related Articles
0 Comments