Tropical rain pounds on the roof of a cavernous warehouse near Jakarta, Indonesia’s capital. Inside, youngsters in orange T-shirts haul around clothes, luggage and electrical goods for Lazada, an e-commerce firm, which has just moved in. The 12,000 square metre space is three times the size of the depot it has vacated, but it already looks full. 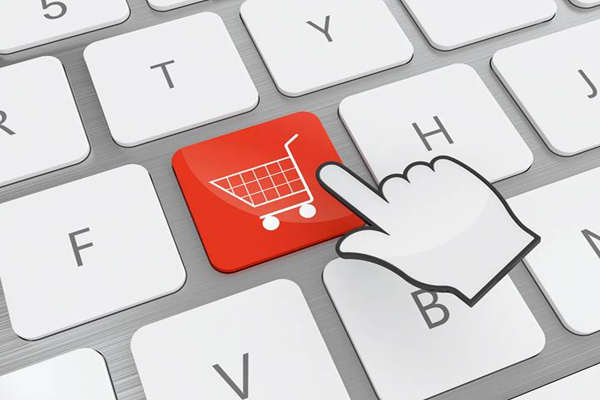 Three years ago Lazada’s entire stock filled a storeroom the size of a studio flat, recalls Magnus Ekbom, its twenty-something boss in Indonesia.

Internet shopping accounts for less than 1% of all purchases in South-East Asia—a region twice as populous as America, where the proportion is nearly 10%. But surging smartphone use and a broadening middle class mean the market is set to multiply; perhaps fivefold by 2018, reckons Frost & Sullivan, a consulting firm. Since it launched in 2012 Lazada has laid claim to six South-East Asian countries, largely unchallenged by e-commerce giants such as Amazon of the United States, Alibaba of China and Rakuten of Japan. It may soon have to fight them for its territory.

Lazada was created by Rocket Internet, a Berlin-based investor and incubator that cranks out startups designed to dominate emerging markets. Rocket still holds a 24% stake, though Lazada has now raised more than $600m from investors including Tesco, a British grocer, and Temasek, a Singaporean sovereign-wealth fund. These deals appear to value it at about $1.3 billion, which could well make it South-East Asia’s dearest technology firm.

Like other Rocket companies, Lazada is run by a gaggle of young European expatriates, plucked from finance and consulting. It seems ready to stomach years of losses. In the first half of 2014—the only recent period for which results are available—it lost $50m before interest, tax, depreciation and amortisation, on revenues of $60m.

Again like other Rocket companies, its critics say it is just a copycat, in this case a mere clone of Amazon. Lazada’s bosses say such charges underestimate the sophistication and gumption required to succeed in places such as Thailand, Indonesia, the Philippines and Vietnam. Online marketing is trickier there than in America or Europe, because locals use a much wider variety of search and social-media sites. The region’s diversity means constant tweaking of online portals to suit local languages and cultures. It also means battling a hotch-potch of customs rules.

By far the biggest challenges are payment and delivery. Fewer than one in ten South-East Asians has a credit card, and those that do have them tend not to use them online, for fear of fraud. So a big chunk of Lazada’s customers prefer to pay in cash when their goods arrive, which requires more sophistication from delivery partners. Postal services are often sluggish and unreliable—especially in the vast archipelagos of Indonesia and the Philippines—and local logistics firms are still unused to handling high volumes of small packages. About a third of Lazada’s orders are delivered by its own fleet of vans and motorbikes, which now serve more than 80 South-East Asian cities.

Lazada’s rapid growth has started to rouse competitors, including the big conglomerates whose shopping centres dominate the region’s retail markets. On February 25th Lippo Group launched MatahariMall, a new e-commerce venture, in partnership with the Matahari chain of department stores, in which Lippo owns a stake and which are anchor tenants of some of Lippo’s shopping centres.

Messaging services and web portals are turning to e-commerce to boost their profits. In February, Line, a popular messaging app owned by Naver of South Korea, started selling groceries in Thailand. Last October Softbank, a Japanese internet and telecoms conglomerate, and Sequoia Capital, an American investor, put $100m into Tokopedia, a sort of Indonesian eBay.

But the most serious threat to Lazada comes from the overseas e-commerce giants. After Lazada was set up, Indonesia passed a law banning further foreign investment in e-commerce firms which hold their own inventory (Tokopedia does not)—but politicians have recently talked of repealing it. Amazon has begun offering free delivery to big-spending South-East Asian shoppers who don’t mind waiting for wares shipped from America. Last month Alibaba opened an Indonesian outpost of Aliexpress, which helps shoppers import goods from Chinese manufacturers. In May it took a 10% stake in Singpost, Singapore’s state postal service—perhaps in preparation for a more vigorous assault.

Max Bittner, Lazada’s overall boss, thinks it would take time for these firms to replicate his firm’s local knowledge and delivery networks. One of his priorities is to expand relationships with suppliers and manufacturers in China, the better to compete with the bottomless catalogue of cheap products which Alibaba, in particular, could bring to the region. South-East Asia may still prove big and diverse enough for several large e-retailers to co-exist—but investors will spill a lot of red ink finding out, thinks Paul Srivorakul of aCommerce, which processes online orders for consumer brands and retailers. “It could be a bloodbath,” he says.