The Netherlands banking regulator has approved Amazon Web Services (AWS) for use by financial organizations, Amazon said on Monday. 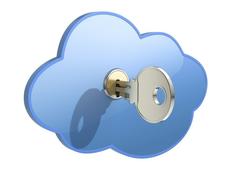 This clears AWS cloud services for use across all areas of Dutch financial operations including websites, mobile applications, retail banking and credit risk analysis solutions, Amazon said. With the approval, Dutch banks join other financial organizations using AWS including Bankinter in Spain, Unicedit in Italy and the Commonwealth Bank of Australia, Amazon noted.

All levels of data storage and management on the AWS Cloud, as well as the use of technology that runs on top of AWS and is provided by third party vendors, are also included in the approval, Amazon added.

“DNB believes that cloud computing that uses third-party services, for example for storing and processing data, is actually a form of ‘outsourcing,'” Vellenga said. “This means that when using cloud services from third parties, the company is held to the same legal requirements that apply to outsourcing.”

Outsourcing to third parties must not hinder supervision by the DNB, and risks need to be known and controlled if financial institutions use a cloud service, Vellenga said.

“We already have large Dutch banks running their retail banking platforms on AWS thanks to the work we have done with the DNB,” according to a statement from Steve Midgley, head of EMEA — Amazon Web Services.

In January, DNB said on its website that it had issues with cloud providers over monitoring frequency. By law, DNB is allowed to monitor business operations at all times, however, in contracts proposed by cloud providers such as Microsoft, conditions were imposed on the supervision frequency, it said.

Since then, the issue has been resolved. Microsoft has agreed to change its contracts to comply with Dutch law, allowing Dutch financial institutions to, for example, use Office 365, DNB said.

So far, agreements related to cloud implementations by Dutch banks have been made with Microsoft, KPN, IBM and Salesforce, said Vellenga. DNB is also in talks with other companies, he said, declining to say which vendors were involved.