Web hosting and cloud services provider DreamHost has updated its OpenStack-based public cloud offering with the newly released Havana version. The DreamCompute beta is one of the first of many Havana-based public clouds to make it out of the gate. 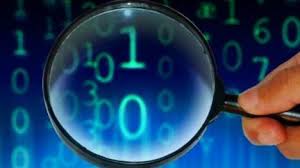 “Open source, OpenStack, developer, community, creating on the Web are all themes we embrace wholeheartedly at DreamHost every day,” said Simon Anderson, CEO of DreamHost and a board member of the OpenStack Foundation, in a prepared statement. “OpenStack and the DreamHost creation, Ceph storage technology, give us an unparalleled ability to lead the charge forward in the world of open source cloud. We are able to deliver a great, real-time cloud computing feature set, now with Havana innovations, for our Internet entrepreneur and developer customers worldwide.”

The DreamCompute beta is still fairly limited, but DreamHost noted it has been opening up the beta to additional customers. With Havana, the company is hoping to provide a greater number of compute configurations and flexibility to current and potential customers.

One of the key elements to DreamHost’s public cloud offering is Ceph, a block storage technology the company is offering under its DreamBlocks brand.

DreamHost may not be the first to upgrade its public cloud infrastructure to OpenStack Havana, but it certainly won’t be the last. OpenStack is continually building in its popularity within the cloud space, and in particular it has gained a channel fan following as a means to build both public and private clouds.