Do the advantages of cloud computing now outweigh the pitfalls?

Despite having come of age in just a few short years, not everyone is convinced cloud computing is IT’s silver bullet. 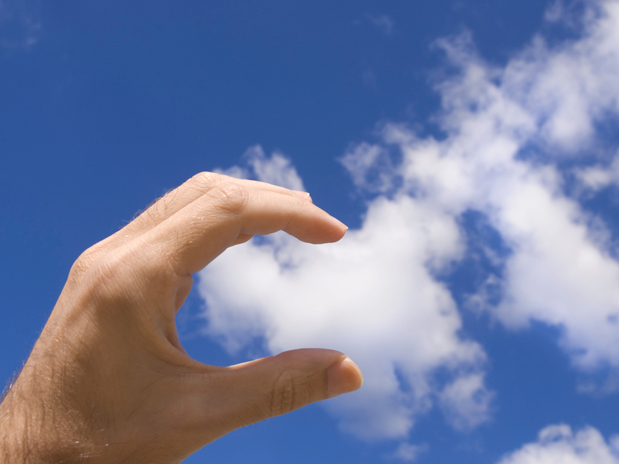 At a recent IT industry event, Apple co-founder Steve Wozniak intimated, “I want to feel that I own things. A lot of people feel, ‘Oh, everything is really on my computer,’ but I say the more we transfer everything onto the web, onto the cloud, the less we’re going to have control over it.”

Others point to possible technical issues.  According to ElectronicDesign.com, the Cloud could be vulnerable to network traffic jams given the anticipated growth of Big Data.  The digital universe is forecasted to double every two years (or approximately 41% per year), with much of this data expected to reside in a cloud.   This growth is significantly faster than the network connections’ bandwidth, which grew just 11% in 2012.

Businesses may unwittingly increase their business risk when they move to the cloud unless they are satisfied with data ownership rights, the conditions by which data can be released (e.g., by government subpoena) and the responsibility for liabilities arising from a third party’s use of the information. Since many cloud players are new, what happens when the critical data is trapped in a company that fails or suffers a major technical failure?

Finally, some companies will have their own challenges around integrating different systems, optimizing internal workflows or reaching target ROI that may make change painful.

Yet for each of these potential pitfalls, there are numerous advantages to using the Cloud Computing. Its ecosystem and technology has matured to the point where it can now transform the way most organizations purchase and use IT resources. Firms that are able to leverage Cloud 2.0 will benefit from a 15-33% reduction in IT costs, as well as faster, more flexible business performance.

Many companies are beginning to realize earlier concerns related to the Cloud’s security, culture and uptime were exaggerated.  Large amounts of sensitive data have resided in the cloud for years without major security breaches.  Early adopters have worked through the organizational hiccups and established cloud-enabling management systems.  Finally, cloud models have shown they can beat the uptime records of large internal IT systems by a wide margin.

Just as important, cloud vendors are beginning to reap the benefits of billions of dollars in product and infrastructure investment. For example, evolving open standards around security and infrastructure management have allayed security concerns, driven interoperability and lowered switching costs.  The cloud can now support critical and non-critical tasks across the entire organization, whether it is a small business or a global enterprise.

Companies now have proven options to leverage the cloud.  They can choose between: accessing public clouds like Amazon, Microsoft or IBM to quicken time to value and scalability; running their own private clouds to guarantee control and security or; deploying a hybrid public/private cloud model that gives firms the best of both worlds.

Finally, all the pieces needed to deploy a complete technology and service solution by one vendor is now available. As an example, two recent IBM moves — a $2-billion purchase of cloud-service vendor SoftLayer, and the launch of a $200-million Cloud Leadership Data Centre (CLDC) in Barrie, Ont. — enhances the company’s cloud infrastructure, network and security capabilities enabling it to better target growing markets, such as mobile, gaming and analytics. “You only need to look at the accelerated level of investment,” says Aldo Gallone, director of Cloud Computing for IBM Canada, “to know that the Cloud is now mainstream.”

A maturing cloud market is expected to lead to higher adoption. Gartner predicts the 2013 worldwide market for cloud computing to grow $18.5 to $131-billion.  A study by 451 Research reported more than 60% of IT leaders expect their year-over-year cloud-enterprise spending to increase in both 2013 and 2014.

Organizations that can work through the remaining hurdles of cloud computing will benefit from Cloud 2.0’s promise of significantly lower IT costs as well as improved business continuity, agility and IT scalability. Those firms that keep their head in the sand run the risk of diminished market performance and financial results.