Could Nebula One Reinvent Cloud Computing for Businesses?

Near San Francisco Bay, Chris Kemp, the former chief information officer of NASA and a team of engineers have spent the past two years secretly developing a computer that could revolutionize cloud computing for startups. Called, appropriately enough, the Nebula One, the machine can reportedly leash together dozens of servers into one operating unit under the control of a single user. 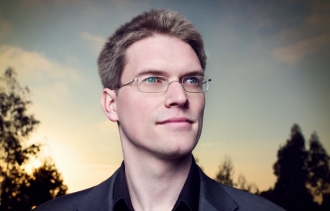 In this way, massive amounts of data can be processed quickly and easily. The computer runs on a proprietary operating system its developers call Cosmos.

The goal is to “give every company its own private cloud,” Bloomberg Businessweek reports, removing the need for smaller companies to rely on giants for their computing needs. “Any company can buy a Nebula One and have the same cutting-edge cloud computing power as Amazon.com, Google or Microsoft,” writes Businessweek‘s Ashlee Vance.

Major Silicon Valley investors, including Andy Bechtolsheim, co-founder of Sun Microsystems, and other early Google backers have already poured money into Nebula, the company that developed Nebula One. Kemp left his executive position at NASA to start Nebula in 2011. The company raised $25 million in a series B funding round last September.

The Nebula One is available for purchase through the company. Pricing starts at about $100,000 and will vary depending on a customer’s needs, says Nebula representative Mary Devincenzi.