Developing countries are utilizing the growing adoption of “cloud computing” — the use of consumer devices to access remote computer and information resources — to expand their economic role in an increasingly global economy according to a report by UCSD researchers.

Dean of International Relations and Pacific Studies Peter F. Cowhey and Senior Fellow at the Institute on Global Conflict and Cooperation Michael Kleeman released the report, “Unlocking the Benefits of Cloud Computing for Emerging Economies – A Policy Overview,” documenting the benefits of cloud computing. They also touched on the communication policy implications of the technology. 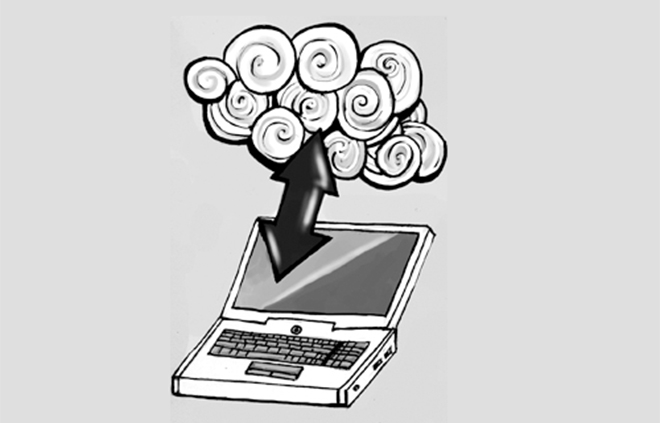 Cloud computing is the use of computer resources that are delivered over a network. Gmail, Dropbox and Flickr are examples of services that use cloud computing. Cloud computing has become a viable and expandable tool because computers become twice as powerful every 18 months while the price stays the same, and the cost of storage information decreases over time while broadband becomes faster as more and more people have access to it.

The decreasing cost of cloud computing has allowed Third World countries to utilize the cloud in the same way developed countries have in the past. Developing countries such as India, Mexico and South Africa have seen increases in internet adoption rates as it becomes more affordable to access it. Cloud computing increases commerce in these countries by facilitating their entrance into the global market.

The analysis would compare the cost of cloud computing versus local computing and demonstrate how accessible broadband can close the gap between the economies of the poorest and richest countries.

“Whenever ICT capabilities change radically there are broad societal implications. The cloud democratizes ICT capabilities for emerging countries. So, there will be a continuing need to reassess its evolving impact,” Cowhey said.