Confused by SaaS, PaaS and IaaS? 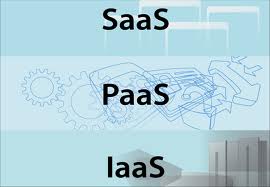 Data has become a battleground that service providers are fighting for. Cloud storage is skyrocketing as more and more services are coming online and storing data in the all mighty cloud.

It’s clear the only way is up, with 61% of the world not connected; the data will continue to come thick and fast. Big data is rapidly expanding, IBM expects 40 zettabytes of data, or 43 trillion gigabytes of data will be created by 2020. Cloud computing is a great buzzword that’s seen a huge amount of media exposure in the past few years but this inevitably leads to the question, with so many ‘as a service’ offerings are up for use, what’s the difference?

SaaS – for the end user

SaaS solutions allow for software to be used by an ‘end user’ such as Google Docs or Microsoft Office 365. The end user gets the use of the software though the only connection they have to the software is through the Internet. SaaS are usually deployed within the cloud either by the vendor or within a PaaS or IaaS system, for example Amazon EC2 hosts many large SaaS services such as Pinterest, which uses 225,000 hours of Amazon EC2 time per month.

PaaS – for the developer

PaaS systems are commonly seen in development scenarios. Their environments allow for services to be built within them, such as Heroku for building apps and similarly the Google App Engine. The platform gives the ability for programmes to be executed and managed and takes away the need for onsite deployment. Heroku can be scaled up as the program grows in popularity and gives flexibility to developers to rapidly deploy their programs.

IaaS – for the sysadmin

IaaS systems such as Rackspace or Amazons EC2 allow for businesses to reduce the amount of physical hardware they own, the initial costs of said hardware and the time supporting that goes along with running servers on premises. It can give greater scalability and pricing and can be used to meet demand when high but scaled down when demand drops. IaaS serves the lower level of need for business, the underlying computational power or the storage facilities for large amount of archived data.

Snowden and the effect on the cloud

While these platforms remain strong, with PRISM dominating the headlines there has been an, as expected, critical look at the cloud. While the cloud has pushed data to move to and from networks it would appear that PRISM has led to an uneasiness surfacing about these cloud computing models. While the Information Technology and Innovation Forum has estimated the loss of $36bn by 2016, a Forrester analyst has even gone on to say that the toll of PRISM could be as high as $180bn.

Scale up your valuation

Automation within PaaS, SaaS and IaaS systems is allowing for ‘big data’ to be created, analysed and acted upon by a smaller amount of people, with scalability comes the ability to do a lot with a few. Amazon’s EC2 is a prime example. Pinterest was able to scale to 48 million users with fewer than 12 employees, being now valued at $3.8bn, it shows the power of scalability and the potential of cloud computing.

Cloud computing is here to stay for we’ve become too used to being connected.