A new “codex”released by 451 Research, designed to help businesses figure out the wildly different pricing models used by cloud infrastructure providers, makes one thing abundantly clear: cloud pricing is insanely complicated. It’s virtually impossible for customers to price shop, as vendors use a wide range of models and some don’t actually publish their prices. 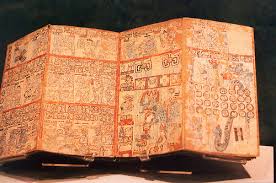 These kinds of pricing analyses, though, can offer some great insight into where the vendors are heading.

This week, in addition to getting the 451 codex, we get an updated survey into cloud IaaS pricing from Redmonk. The point was to include the latest price cuts that Google made with the launch of its Compute Engine service.

If you need an explanation of how to read the graphs — which apparently people do for the Redmonk analysis because many had trouble understanding the last iteration of the report — you know it’s complicated. No simple bar charts here.

Nonetheless, looking at the data, Redmonk’s Stephen O’Grady managed to tease out some interesting trends:

— HP offers the best compute value and instance sizes for the dollar.
— Google offers the best value for memory, but to get there it appears to have sacrificed compute.
— AWS is king in value for disk and it appears no one else is even trying to come close.
— Microsoft is taking the “middle of the road,” never offering the best or worst pricing.

This kind of breakout can help companies decide which vendor best suits their particular application needs. It’s also helpful in trying to figure out how the biggest vendors are trying to differentiate their services.

As O’Grady points out in a list of caveats, this is very big picture because his analysis doesn’t include special offers, reserved instances or special packages.

For a deeper examination of pricing, companies can pull out the 451 Research report, but it’s not for the weak of heart. It’s an incredibly detailed analysis of the different kinds of pricing models and which are used by each of the 53 vendors that analysts examined. However, it doesn’t actually reveal which vendors offer the best prices for any given service. Instead it classifies the different pricing methods and shows which vendors use which ones.

The top key finding of the 451 Research report: “Cloud computing once promised simple, usage-based charging for resources, similar to other utilities such as electricity; unfortunately, the current reality is far from this ideal.”

The vendors further muddy the water by not being out front about their pricing; 451 Research found that only 64 percent of providers publish their pricing online.

I asked Owen Rogers, one of the authors of the 451 Research report, who, if anyone, benefits from the current complexity and how the situation might change in the future.

“There is some benefit for a provider in keeping pricing complicated as it prevents consumers making a true assessment of value,” he said. “But in a competitive market, this leaves the opportunity for its competitors to step in and show its pricing is fairer, more transparent and simpler. Often, the simpler pricing approach will attract more customers than the complex approach.”

For that reason, plus likely commoditization, he expects that pricing will get simpler, eventually. “An easy way for a provider to show its solution is cheaper is to price it in the same manner as its main competitor, so consumers can make an easier comparison,” Rogers said. “As commoditization takes places and price differentiation becomes crucial, providers will want to prove to consumers that they are the cheapest.”

That’s good news. Because I suspect that there are a share of companies that are delaying getting into the cloud as they work to figure out the different pricing schemes.