Companies to up cloud spending: Tecala

In a Tecala survey of 136 CIOs and IT managers about IT priorities, nearly all of the respondents said that virtualisation and cloud computing are at the top of their list.

Two thirds of organisations in Australia have plans to ramp up spending on cloud computing over the next 12 months, according to ICT consultancy firm Tecala. 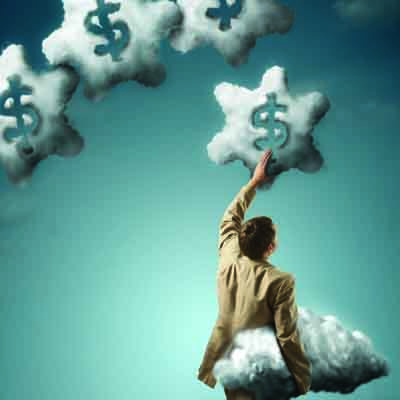 Tecala surveyed 136 CIOs and IT managers about IT priorities, nearly all of the respondents said that virtualisation and cloud computing are at the top of their list. One in four said that datacentre virtualisation is their top priority, while one in five said it is moving to a private cloud.

Of those surveyed, 78 percent said that they want to use cloud to enable the replacement of physical servers within their businesses.

Private cloud is still in vogue, with just two in five companies opting for a hybrid cloud model.

Infrastructure as a service (IaaS) is the most popular cloud offering that businesses are willing to take up, but security as a service was at the bottom of the barrel, with just 2 percent of respondents saying that they will be adopting it, which is an indication that there is still a great deal of pressure to keep security running internally.

According to Tecala, organisations are also hesitant about moving their desktop infrastructure into the cloud, due to security and latency concerns.

In terms of virtualisation, the survey revealed that datacentre virtualisation is now widely adopted, thanks to the need to improve server efficiency and reduce hardware purchases as well as maintenance costs. Around 10 percent of those surveyed said that they have plans to do virtualisation deployments within the next 12 months.

“Experience shows that companies typically start with small virtualisation or cloud projects, and, as the benefits accumulate, they expand the deployment,” Tecala’s sales and marketing manager said in a statement. “Both support the core business needs of maximising returns and supporting organisational agility.

“The big bonus is that they manage to do so while reducing complexity and inefficiency.”

The survey was conducted during the EMC Forums in Sydney and Melbourne midway through this year.