Investors love cloud computing. There is no universal definition of “cloud computing,” of course, but a little mystery only fosters more enthusiasm. I would like to offer a sober view based on several years of experience of building applications for the cloud. 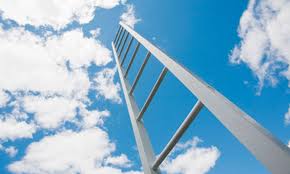 Cloud computing dates all the way back to 1950s. It was not just a theoretical concept – it was widely used since the days of the first mainframes. The Internet gave it a major boost. Anyone with a web-based email account benefits from the cloud technologies every day. Thousands of companies are building their own clouds to run their applications, like Office 365 by Microsoft (MSFT) or Creative Cloud by Adobe (ADBE). Clouds offer lower costs, faster development of new features, better integration with outside services, simplified deployment of new versions, and easier customer support.

Cloud computing delivered as a service to other companies and individual software developers is a relatively new phenomenon. Dozens of companies offer these services in the U.S. alone. They all offer slightly different solutions, but ultimately they all promise to host and run applications on shared computing infrastructure. I divide these companies into three large groups.

Large suppliers of information technology – IBM (IBM), Hewlett-Packard (HPQ), Oracle (ORCL), Microsoft and CA Technologies (CA) – were slow to warm up to the cloud technologies. Cloud computing is a very new concept to many of their customers. There must be a serious reason for a large corporation to move their critical applications to the cloud, and the most compelling attraction is the lower cost. This puts the IT technology providers in an awkward situation: in order to sell their cloud services they have to undercut their own sales of hardware, software and related services to the same customers. Not surprisingly, they were not pushing the cloud until it became clear that they may lose their customers altogether if they don’t act.