Ninemsn owner Mi9 has plans to shift more of its news sites into the cloud as consumer demand for digtial content grows. Mi9 CTO Damian Cronan told CIO Australia that its news.ninemsn and some Channel 9 websites are hosted in the cloud. 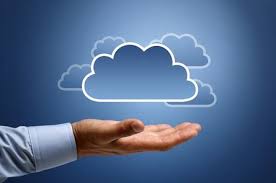 “As websites come up for renewal, we will look to put these sites into the cloud.” “Digital media is a fast moving space and as events unfold, we have a number of options that suit different needs,” he said. “We see a lot of future development attached to cloud services.”

For example, it recently renewed a contract for three years with managed service provider Hostworks. Mi9 uses the company’s elastic compute platform to handle peak demands on the news.msn website. If there is a breaking news event, the website can handle increased traffic volumes.

“These record loads happen during key events such as the leadership spill involving [prime minister] Kevin Rudd in July,” Cronan said. “In those instances, we have experienced a three-fold increase in traffic volume.”

Mi9 has been using the platform for over two years.

Turing to other technology projects, Mi9 recently worked on a social media project with Channel 9 for the upcoming Australian federal election called You Decide.

“You Decide is built around the idea of a rolling debate on social media. Through integration with Twitter, Channel 9 is capturing consumer sentiment about the election.”

It has also developed an iPad and iPhone app called Jump In which was unveiled during the London Olympics in 2012. In near real time, consumers can re-play footage from events such as the NRL State of Origin.

“You can pick any one of 16 cameras around the ground and be the touch judge or commentator if you choose,” he said.