The video gaming industry is one of the most dynamic sectors in entertainment. As new features and functionality come online to evolve the game experience, the industry has intersected with another rapidly advancing IT sector: cloud computing. 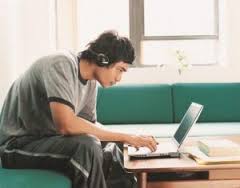 Cloud momentum has been picking up since at least 2010, when for the first time in history gamers purchased more PC video games online than at retail stores. While PCs still ruled the download market at this time, the rise of mobile and tablet devices has usurped PCs as the main alternative to gaming consoles. For mobile content to thrive, it needs the cloud.

Modern gaming has evolved dramatically since the age of pinball machines and PC video games. Today, nearly anyone can be a gamer with the advent of online and app-based games. In a recent article for The Wall Street Journal, Joe Mullich writes that “players can now enjoy breathtaking gaming experiences anywhere because of the cloud’s power to provide higher speed without interruption.”

While it’s true that cloud-based mobile games still have their kinks, the technology is starting to catch up. New advances with 3-D graphics offer promising new landscapes for creating virtual games that you can play with – or without – a console from anywhere in the world.

Expanding the Capabilities of Consoles with Cloud

Online gaming may be creeping into the realm of the consoles, but console makers like Sony SNE +1.84% and Microsoft MSFT +1.03% are fighting back using cloud computing to improve gaming functionality and overall experience. Microsoft’s Xbox One will use cloud technology for processing power, drawing on a 300,000-cloud server architecture to process graphics.

Cloud computing technology can sometimes create a lag between the data stored on a cloud computing platform and the gaming console. While this may affect interactions between the user and the avatar, it doesn’t affect items like a forest scene or lighting. These graphics can be easily stored in the cloud and then downloaded when the user reaches this area of the game.

All gamers dream of a time when they can access games around the clock from any mobile device. While the technology is certainly catching up, it will still be several years before this becomes a reality.

That said, many developers are hard at work figuring out what computations they can and cannot move to a cloud platform. Gaming developers have taken their cue from the rise of mobile devices, and they are now incorporating second-screen technology to create multi-touch point experiences for mobile device users.

One of the issues for the gaming industry is actually trying to figure out what cloud computing exactly means to them. Chris Petrovic, the former head of Gamestop, recently said that the gaming industry still has to “settle on a definition of ‘cloud’– and then what it means for particular businesses.”

While gamers would love the opportunity to stream games on any device and ditch traditional consoles, the streaming technology still needs to catch up to 24/7 cloud-based gaming. Developers are driving hard to make this a reality. Expect to see new features, functions and models as they experiment on the cloud.