Sacha Labourey wasn’t interested in cloud computing when he resigned as co-general manager of the JBoss division at open source software giant Red Hat in 2009. “I didn’t think it was anything special,” he says. “I thought cloud was just a bunch of servers running in a data center somewhere.”

But within a year, he had a complete change of heart — so much so that he co-founded CloudBees, a cloud service for building Java applications. 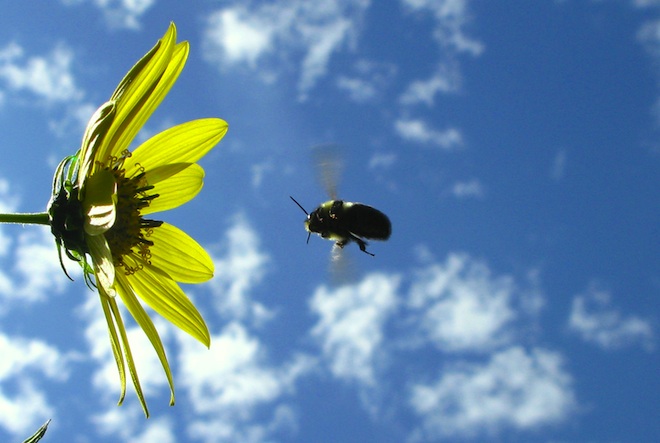 “I wanted to help developers, and eventually, I realized the best way to do that was to take the complexity out of fitting all the little pieces of the development stack together,” he says. He realized that cloud computing could be more than just a bunch of servers. It could be a way of making life easier for developers.

Like other “platform clouds,” CloudBees aims to take the labor out of standing up software development platforms by providing a pre-configured service where you can put together an application. But it’s an underdog going up against some of the biggest names in tech: Google, Microsoft, VMware, Amazon, and Red Hat.

So, on Monday, CloudBees rolled out some new tools to help it take on the giants: ClickStarts and ClickStacks, which will help customers build custom development environments.

ClickStarts are essentially templates. Users will be able to define a particular architecture and save it to use in future projects — or pick from several pre-built templates. ClickStacks go even further by allowing users to add additional development languages and tools to their CloudBees environment, including alternative Java Virtual Machine langauges like Scala and Clojure.

CloudBees may be an underdog, but it does have some other key advantages. First, the team’s background. Labourey was steeped in Java during his eight years at JBoss, starting as the general manager of JBoss Europe, rising to the ranks of CTO and eventually co-managing JBoss after it was acquired by Red Hat in 2007.

And in 2010, CloudBees acquired another Java platform cloud called Stax Networks, which was founded by WebSphere co-founder Spike Washburn. In other words, CloudBees has some deep expertise in Java, particularly in the unglamorous but important area of middleware. But it’s not like Oracle, IBM, and Red Hat don’t have plenty of Java expertise as well. Fortunately, CloudBees has more going for it than that.

The CloudBees team also has strong ties to open source community through development and support of Jenkins, an open source tool that helps developers make sure common code bases constantly stay in sync and tested. CloudBees employs Kohsuke Kawaguchi, the lead developer of an open source project called Jenkins, and it offers an enterprise version of the application.

Jenkins is used for a development process known as continuous integration. The idea is to get developers to keep their code in sync by submitting their changes to the central code repository frequently, and to run frequent automated tests to ensure that code doesn’t break in the process.

“Cloudbees has been and continues to be at the forefront of developer thought leadership and technology around continuous integration and delivery in the Java landscape,” says Adron Hall, a developer of the open source platform cloud IronFoundry. “Sometimes CloudBees and Jenkins actually make me want to write Java again.”

By being closely involved with Jenkins, CloudBees can keep the pulse of developers and offer tools and features that they actually want and need. The involvement with Jenkins has also enabled them to bring continuous integration closely into the stack, which also helps the company stand out from the pack. “Continuous integration and delivery is one of the key practices and technologies that help development teams stay relevant,” Hall says. Yet Hall says CloudBees and the .NET platform cloud AppHarbor are some of the few companies closely tying continuous integration into their platform stacks.

CloudBees has their work cut out for them, but Labourey says he’s been surprised at how many large customers they’ve been able to attract already. “We thought it would be mostly small startups that were interested,” he says. “And they are. But there are a lot of enterprises too.”

Several JBoss alum have been making names for themselves in the last few years. Former JBoss COO Rob Bearden helped guide SpringSource to its acquisition by VMware in 2009. Former JBoss VP of services Brad Murdoch became chief marketing officer of Nukona, which was acquired by Symantec earlier this. CloudBees might be the next “JBoss Mafia” success story.