Cloud systems to allow airports to reach the skies

Airports are increasingly looking to cloud-based IT systems to improve their operations, according to a report released by Amadeus today (27 May 2014).

The Amadeus insight paper, which gathered the views of more than 20 IT executives from the airport industry, found that increasingly intense competition is forcing airports to make more efficient use of their IT resources and to work more collaboratively with airlines, whilst also looking for alternative revenue streams. 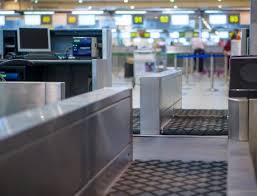 The paper indicates that modernising approaches to Common Use airport IT systems is one way to alleviate these challenges. It also notes that the industry is now ready to adopt the “next generation” of Common Use solutions, although some airports were found to have doubts privacy, security, and risk.

“Airports around the globe need to look for new ways to compete and maximise the value of their resources amidst growing economic pressure,” said John Jarrell, head of airport IT at Amadeus.

“Next generation Common Use platforms based on the cloud have the ability to revolutionise the way IT is provided at airports. Dedicated cloud providers can lower costs for airports thanks to economies of scale, amongst many other benefits that allow airports the flexibility to service their customers better.”

He revealed that a cloud platform can offer energy savings the equivalent of “a VW Golf [circling] the earth 27 times annually”.

“The question now is whether airports are ready to take a leap of faith and jump to the cloud. Our objective is to open the debate with the airport community,” Jarrell added.

The paper found that Common Use technology has evolved little since the ‘CUTE’ system was created in 1984, and that this outdated system is still more popular than the much newer ‘CUPPS’ system, created in 2009. Those interviewed admitted that existing platforms are “slow, bulky, and cost-ineffective”.

Cloud technology however, was found to take up less physical space, offer reduced hardware and maintenance costs, and the flexibility to process passenger check-in and boarding from different locations.

And while many airports still have doubts concerning cloud solutions, Amadeus states that “the majority of these… have been overcome as cloud providers have made addressing these issues a top priority.”