Once in a while, a giant comes from the gamut of reigning monsters of technology. One such entity is Message Bus, a cloud startup that has taken North America by storm in 2013. 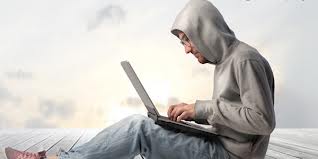 The messaging company emerged as one of this year’s top nominees in the cloud category by a leading journal in the United States. Its glory lies in the ability to offer clients messaging freedom over a range of platforms, ranging from the basic email to tablet and phone clients. Its features include web protocols that improve communication over secure infrastructure. The following is a display of the features and other characteristics that define the startup.

There are three protocol standards that Message Bus employs when transferring information between the various servers it has to pass, per the client’s request. One of these is Software Development Kit (SDK) where the business or client appropriates messaging to pass through paths that the client can validate locally. It provides nodes and programming languages, such as, Java that the message will use when it is transferring to recipients over the secure SDK path.

The SMTP standard, on the other hand, acts as the universal transfer tool for most of the emails that the company remits on behalf of the users. Its security lies in the fact that it is compatible with most protocols in use in the world today. This is because it was one of the first to set messaging standards, dating back to the early 1980s. However, it acts as a relay or go-between from the source to the client’s server before it can reach the recipient, which adds a level of encryption.

The third way is to use the Rest API relay which is open source and conforms to most protocols on devices today. It is also great because of its integrity with many applications, where the message needs to penetrate different software clients.

If the merit of a cloud service lies in its ability to attract more customers for a company, then Message Bus is the knight in shining armor for users. It features a scaling provision on the number of messages that the clientele can remit. If its word is anything to go by, the cloud startup offers “endless capacity, 70% cheaper.” This is when it commits to a comparison with existing rivals.

Scaling can also mean to improve the way one monitors missives as they transit through the cloud infrastructure. For this, the company provides diverse metrics that can assist to track down which area needs scaling. One of these is showing the real response of the fan base through its instantaneous feedback, if any. Another way is using all departments of a business and assessing how each is performing in the messaging dispensation before increasing its output, thereof. In this way, users can easily create parts to an email that is outbound by any of the metrics above.

Native to the Cloud

Another qualification that makes Message Bus an attractive prospect for delivery of missives through the web or on devices is the fact that it is one of the few such providers that did not start in the traditional emailing niche. Rather, it is native to the cloud. This means that the features of its messaging technology are meant to operate inside huge relay environments like that of the cloud rather than merely the web where the email transits.

An attestation to the above assessment is that the level of privacy is enhanced when using Message Bus because of its ISP conformance. The company asserts that its novel set of apps can stem any brand disrepute that emanates from email interception. The company employs dedicated Internet Protocol with all relevant encryption details.

The basic structure of pricing for Message Bus is rather simple. It has these three ingredients:

Whether that meets the pricing standards of the niche or not is up to the client but one thing is for sure: there is unlimited scalability. The higher the message count, the lower the fee per copy. There is also the assurance that the pricing is 70 percent below that of the market.

In short, Message Bus has come strong as one of the truly native startups in the cloud niche providing messaging support. From API-based communication to SDK relays and from cross-platform compatibility involving mobile devices and computers to secure communication, this company has it all. This is why it manages to be one of the top North American cloud startups for the current year.