Australian cloud computing providers are under pressure to collaborate more as an industry and even consider “country of storage” labelling, following a call for greater transparency in Europe. 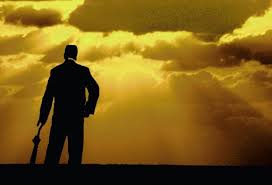 It comes in the wake of high profile outages suffered by Google, Apple and Microsoft Outlook users last week, and several recent calls in Australia for co-operation and regulation in the data centre and cloud computing industries.

Last week European Data Centre Alliance spokesman Phil Turtle suggested the lack of global cooperation between cloud players was an indication of the immaturity of the industry. “Currently the industry exhibits too many knowledge silos and an unnecessary fear of working together with competitors to share best-practice. That’s something mature industries find highly beneficial.”

The Australian Communications Consumers Action Network (ACCAN) welcomed the DCA’s call, with a spokesman saying that risk management and staff training for data centres should be given the same treatment as other infrastructure essential for national and international security.

“Today the extent of society’s reliance on remote data storage is so great that disruptions at data centres have the potential to disrupt the lifeblood of the economy and people’s lives,” ACCAN’s Asher Moses said.

“At the individual level people are now often using email services such as Gmail as free storage services for their most sensitive documents, and if any of these services were to be offline for even a day the potential harm could be significant.”

“The Australian market is at a different stage of development with a different competitive structure. And we would not agree with their suggestion that security ought not to be a field for competition. It is indeed a point of differentiation. Ultra high security is not for everybody’s needs.”

In Australia pressure has been mounting for some overarching rules to the cloud computing industry. In December 2012 ACCAN produced a guide for cloud service providers on consumer protection principles.

In June 2013 the Australian Communications and Media Authority (ACMA) released an issues paper on cloud services and the Federal Government released the National Cloud Computing Strategy, which included a call for the development of voluntary cloud computing consumer protocol.

The Australian Computer Society (ACS) responded by releasing, in July, a discussion paper seeking input to help it develop the protocol.

In its issues paper the ACMA predicted that growing pressures on the immature cloud services industry would push its participants towards the development of self-regulatory measures.

Mr Healy agreed that there was need for some self-regulation, with a focus on customers.

“There is a need to provide consumers with a greater level of awareness and understanding of the implication of using cloud,” he said. “Ownership of the data, privacy of the data and breach notification arrangements are the most important things for customers, and adequate disclosures of where the data is and the implications of where it is.”

He said there was also a need to educate consumers about the implications of using cloud services.

“Surveys by the ACMA and by OzHub suggest that about one third of Australian consumers have concerns about where the data is being held. A large number are not even aware that they are using cloud when they are accessing things like iTunes and Facebook.”

He envisaged some kind of labelling such as ‘country of storage’ becoming as much in demand as country of origin labelling on food, clothing and other products.

“I think that world is not very far away and it is something consumers would, I suggest, find of great value.”