Cloud and mobile computing tech firm LogMeIn Inc is to create 50 new jobs within the next year in Dublin as part of an IDA Ireland-backed investment.

The city centre jobs will include a variety of European and international functions, including sales, customer support, marketing, finance and HR. 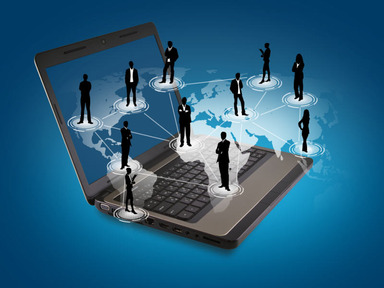 Already 20 new employees are to start in the office in the next three months and plans are in place to triple the number of employees within the year.

Founded in 2003, LogMeIn went public on the US NASDAQ stock exchange in July 2009 in one of that year’s most successful tech public offerings.

“Today’s announcement that LogMeIn, a leading company in this sector, is locating an important facility in Dublin with the planned creation of 50 jobs is a further indication of the strong growth of this cloud sector in Ireland,” Ireland’s Minister for Jobs, Enterprise and Innovation Richard Bruton, TD, said.

An early player in cloud and mobile computing, LogMeIn offers solutions for accessing files and applications on the go, remote device management and support, as well as online collaboration.

These solutions range from the top-ranked LogMeIn iPad app, to a simple screen sharing and online meeting app, join.me, used by tens of millions of people to collaborate with colleagues across the hall or across the globe. In addition, the LogMeIn Rescue remote support solution is used by more than 50 mobile operators worldwide to remotely configure and troubleshoot their subscribers’ smartphones and tablets up to thousands of kilometres away.

LogMeIn boasts an active worldwide user base of more than 15m users, more than 400,000 paying customers, and revenues that have increased by more than 60pc over the last three years. The company attracts more than three-quarters of a million new users every month. To support this rapid growth, LogMeIn’s headcount has grown by more than 30pc over the last two years and it now has more than 535 employees located around the world.