Cloud Oligarchy? Not Even Close

Owen Rogers isn’t exactly a household name, but his recent report for 451 Research has drawn plenty of comment. He tried to establish the fundamental economics at work in cloud computing in a July 8 piece titled: “Commoditization Brings Transformation: Cloud Economics Will Drive Change, Whoever You Are.” 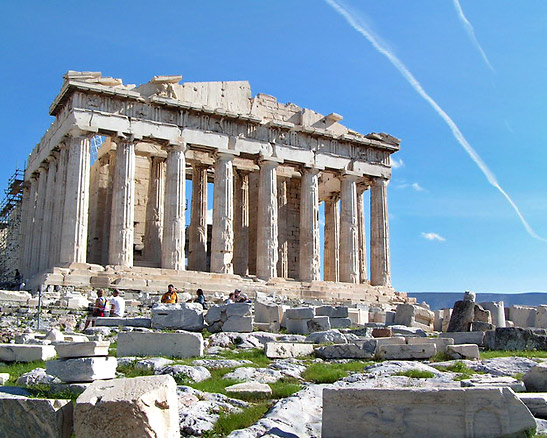 If you’ll notice, that title isn’t filled with judgments about the ultimate result. But when you tell people that change is coming, there’s likely to be more than one interpretation that it’s going to be bad.

Three days later, Forbes‘ contributor Joe McKendrick joined the discussion under the headline, “Cloud Computing Market May Become an Oligopoly of High-Volume Vendors.” My InformationWeek colleague Kurt Marko added his analysis July 11, “In the Cloud, Goliaths Generally Thump David. Sorry Underdogs,” citing some of the reasons why big vendors will overwhelm small ones in the cloud.

All of this is good discussion and echoes my own concern that cloud computing will give way to the pattern that we’ve seen in previous phases of computing: A few big vendors will come to dominate the new era, just as they did the old. The saving grace is that it’s likely to be a new set of masters, I guess. But I’m going to flag down this train of thought right there. The cloud is different from the previous phases of computing. For one, it’s dominated more than we realize by the use of open source code and low cost of entry-level, commodity parts.

Second, cloud computing isn’t one thing, even though we keep referring to it as single entity. The essential thing about the cloud is that it’s a new way of distributing compute cycles to end users that takes advantage of the network and commodity equipment. If the cloud were one thing, you’d be able to tell me what constitutes a cloud data center. From looking at them, I conclude there is no blueprint. They are simply the latest data centers that we can build that take advantage of commodity servers and low-cost operations.

Granted Amazon Web Services enjoys first-mover status. It has a bold and aggressive parent company in Amazon.com and funding that springs from the cash flow of what is becoming the globe’s largest retail business. Microsoft, with its Windows and Office desktop monopolies, is also a giant fully committed to providing cloud computing. IBM, a dominant player in the past, is coming more persuasively into the market with the addition of SoftLayer. And Google, with its dominance in search, became a potential giant of cloud computing when it announced Google Compute Engine.

“With large players coming online with similar types of services, we may be starting to see a consolidation of the primary cloud computing market into the hands of a few powerful vendors,” wrote McKendrick in Forbes. “This may herald the emergence of an IT oligopoly,” he concluded, citing 451’s Rogers.

Marko wrote: “Even though the cloud services industry is still young, the low-hanging fruit has already been plucked. New entrants trying to compete on price or tailored services for specific markets are reaching for higher and higher, and thus sparser and sparser, limbs … From this perspective, the cloud Goliaths with their rich and ever-expanding platforms trump the rock-slinging Davids hawking raw compute capacity.”

These are good observations, just premature. We do not have a cloud oligarchy. We’re not even close to one. Google didn’t have a general-purpose cloud product until June 2012 and it’s not clear to me yet that it’s got the critical mass to compete with Amazon. IBM was so far behind that it had to buy its way in through SoftLayer, an acquisition that was completed a week ago and still doesn’t mean IBM is the next member of the oligarchy. Microsoft is a cloud player, certainly for its existing customer base, but it’s got its histrionics versus open source code to live down. Do you see open source developers flocking to Microsoft Azure? Well, the future cloud oligarch needs open source developers, lots of them, to call it home.

I’m more intrigued by Heroku, Engine Yard, Joyent, Red Hat’s Open Shift, VMware’s Cloud Foundry and newcomers like DigitalOcean, which went from 100 to 7,000 servers between December and June. How could the oligarchs allow it to get away with that?

For the last word on this, I turned to Cloudonomics author and Telx senior VP Joe Weinman, who has also read Rogers’ 451 Research report and comes away with a more mixed conclusion. Rogers does suggest the commodity service economics of the cloud will create a few large providers who compete on economies of scale, he agrees. “But that doesn’t mean there won’t be a long tail of other providers, competing on other grounds.” One would be proximity. A videoconferencing service needs a data center close to its customers to reduce latencies inherent in distance. Likewise, interactive gaming or video supply companies will seek ways to distribute their wares close to customers.

Weinman came up with an analogy: “Will the Marriott, Starwood and International hotel chains exist in the future? Certainly. So will bed and breakfasts,” he said. If you read him carefully, Rogers is saying something similar, that a balanced system will emerge with a mix of large and small providers.

In my own view, today’s leaders may one day be imprisoned in the cloud architecture that they so aggressively built out. A newcomer, taking advantage of technical breakthroughs and the benefits of Moore’s Law, may be able to outflank them faster than they can rebuild.

I fully expect an oligarchy one day to form in cloud services. The problem is, I only see one sure member of it at this point. This is a young industry, with many options still being tested. As Rogers noted at the end of his analysis, “The problem with forecasting the future is that nobody knows for sure what will happen next.”