Cloud, Mobile and BI Skills to Lead Technology Hiring in 2013

IT hiring in 2013 will focus on jobs involving cloud computing, mobile technology and business intelligence, said staffing professionals.  But cloud computing jobs for on-site infrastructure support and software management are likely to be increasingly handled by service providers. And software developers should take note that while there will be ample programming positions open this year, companies increasingly want business-savvy developers. 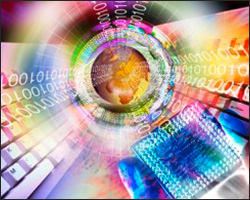 Enterprises are using SaaS (software as a service) products from a variety of vendors, but the developers, consultants and overall workforce necessary to support the technology haven’t developed quickly enough, said Eric Berridge, co-founder of IT consulting and resources firm Bluewolf. He noted that Bluewolf clients are especially interested in staff who have experience with software from Salesforce.com, Marketo and Eloqua, which Oracle purchased in December. There is less demand for skills dealing with “more traditional technologies like the Oracles and SAPs of the world.”

At technology job site Dice.com, managing director Alice Hill noted that “everybody in almost every industry we’ve looked at in terms of the job description has some sort of mobile project or mobile angle as well as stand-alone mobile apps.” This demand is reflected in Dice.com’s 2013 hiring professional staffing priority report, which ranked mobile developer as second. Job postings referencing Google’s Android OS have eclipsed those for Apple’s iOS and “both platforms are very healthy in terms of the demand,” she said.

“Someone who thinks they can just hire someone to develop a mobile application is missing out on the fact that you need multiple skills sets that come from different people,” he said. “There’s not a one-size-fits-all from a skills set perspective.”

In addition to the standard development skills, backgrounds in security, using mobile as a platform and user interface development are in demand. Berridge noted that designing interfaces for business-to-business applications is particularly important as more companies develop mobile products for their staffs. Most mobile applications have focused on business-to-consumer use, and with a business application “it’s really about knowing how to make a business user more productive.”

More reliance on cloud and mobile technologies will create a need for staff who can integrate the two with other technologies, said David Boone, CEO of IT services company Paranet. Systems analysts, support specialists and workers who can examine a system and understand how it all works together will fill these roles, he said.

“As people are more removed from the application they’re depending on, there’s a greater need for support to make those things work,” Boone said.

At Bluewolf, Berridge has seen a consistent demand for business intelligence and database workers, but hasn’t been asked for employees with big data backgrounds. Still, he won’t rule out future needs in that regard.

“That may change as some of those big data products become more prevalent,” he said. “There is certainly a lot of talk around big data.”

Such products, according to Boone, will come via cloud computing, which allows data to flow freely and cheaply. This translates into a need for workers who can connect, study and move data. The need for data workers will be so acute that he recommends new IT workers consider careers in big data and forgo jobs supporting legacy software packages, like CRM (customer relationship management) systems.

“I’d focus on how do I become very adept at moving data around, how to organize databases, how to analyze and make sense of big data, and how to make data available on mobile devices.”

Software support positions will decrease with more companies turning to SaaS models for application maintenance and customization, he said.

“If you truly go with a cloud-based approach you decrease your need for meat-and-potato skills sets,” he said. “Newer technologies come with a self-service approach when it comes to user support. The shift is moving toward innovation and away from how to keep the lights on.”

Hiring professionals mentioned software development as another in-demand profession for 2013, but cautioned against being a one-dimensional developer. Failing to collaborate and an inability to think with a business mindset won’t win over hiring managers.

“If your only skill is to develop code and you don’t have the ability to work in a team environment there’s a great risk that your skill set can be outsourced,” said Berridge. “They have to think as business people. There’s a commodity approach to how some organizations treat software development.”

Developers with Java and .Net backgrounds will be especially sought after, according to Dice.com’s survey, which ranked finding staff who know those languages as enterprises’ first and third staffing priorities, respectively. Overall software development came in fifth.