Cloud, Mobile And Analytics Lessons From The IW 500

Healthcare company UPMC is exploring cloud computing not because that’s trendy, but because it must cope with 5 PB of patient data that will double in the next 18 months. 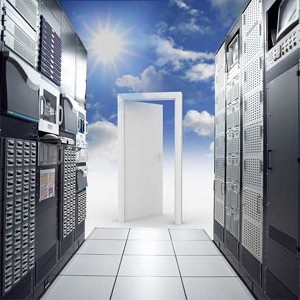 ConocoPhillips is just now embracing more real-time analytics on its natural gas wells, because it sees the chance to turn that data into double-digit percentage increases in gas output. Miami Children’s Hospital is testing a tablet app that allows for remote doctor visits, because it sees the potential for a new revenue source.

We see in all our profiles of InformationWeek 500 companies the very practical ways they’re using IT to drive their businesses. But just as important, the information we collect from surveying 500 business IT innovators provides a reality check on the most hyped trends. What follows are some surprising things we learned about cloud, data analytics and mobile from this year’s IW 500 research.

Cloud: Not So Sophisticated

It’s a surprise to see how uncommon hybrid clouds are. Just 12% of IW 500 companies can switch between public cloud infrastructure and in-house data centers based on demand. Another 18% are testing that capability, and about a fourth intend to try it within a year. But 45% have no plans for hybrid cloud computing.

Cloud advocates tout “cloudbursting” — when a company, for example, runs its website in-house but switches over to a public cloud if a promotion overloads the company data center. It’s a compelling concept, but our data shows hardly anyone is doing it.

It’s also surprising to see no increased uptake since last year’s survey in the use of platform-as-a-service — 26% of IW 500 companies are using it, nearly the same as the 27% last year. A sizable 21% are pilot testing PaaS, but 38% have no plans to use it from an outside vendor. (We didn’t ask this year about software-as-a-service use, since last year 85% of IW 500 companies were already using it.)

Given the tepid use of hybrid or platform cloud computing, it’s interesting that when we asked about the use of “storage, compute or other cloud infrastructure,” only 7% said they have no such plans — 59% are using cloud infrastructure, 21% are pilot testing it, and 13% plan to roll it out within a year.

I see two likely explanations for the gap between infrastructure- and platform-as-a-service. One, where companies use public IaaS, it’s for quick development projects or some other standalone initiative that doesn’t interact with production systems. And second, because we didn’t specify “public” cloud in our cloud infrastructure question, I suspect some companies are counting their “private clouds,” meaning a highly virtualized environment inside their own data centers. Both cases point to a limited, not terribly sophisticated role for cloud computing among IW 500 companies.