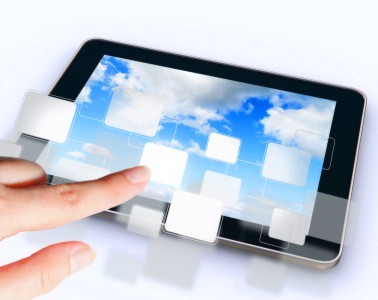 Those who do use cloud computing were 106% more likely to see a revenue rise in the past year than those who don’t, up from 53% in July.

Business operators in the cloud were not only more likely to see a revenue rise in the past year, they were more likely to expect one in the next year (37% versus 28%).

They were also more positive about the domestic economy improving within 12 months (33% versus 23%).

However, it’s not clear how direct a correlation there is between cloud computing and revenue, given the differing performance levels of the sectors that typically use, or don’t use the software.

For example, exporters were most likely to use cloud computing – at 31%.

MYOB chief executive Tim Reed said he is surprised fewer than one in every six of the respondents said they use cloud computing in business.

“Our research findings provide a clear cut case for embracing online technologies in business… The gap in financial performance is widening between the online-savvy and the online-cautious.”

Of the businesses surveyed that do not use cloud computing, the most common reason was, “I don’t know enough about it to make the right business decisions about it” (35%).

Ranked second was “I am not very tech-savvy and don’t feel confident about even starting to look at it for my business” (22%), followed by “It is of interest, but there are many more important other business priorities to take care of first” (21%).

Cloud computing isn’t the only area businesses are falling down in. The MYOB research reveals only 38% have a business website – the same percentage recorded in the July report.

This is despite the fact that businesses with websites were 60% more likely to see a revenue rise in the past year, up from 53% in July.

Other recent MYOB research found the main reason why SMEs without a website hadn’t set one up was, “We prefer to advertise and market our business using other methods” (68%).

Interestingly, small businesses (five to 19 employees) were the second least likely to use cloud computing (5%) but the most likely to have a business website (66%).

South Australia had the highest proportion of cloud users (22%) and business website owners (42%).

The findings come on the back of another study, published today by Deloitte for search engine Google, which found only 16% of businesses are highly engaged with the internet.

More than a third (35%) of businesses are not engaged with the internet at all, despite the report finding businesses that use the internet as a key business tool are twice as likely to be growing as those that don’t.