Generally speaking, cloud computing can refer to everything from software to storage that is “virtualized” … and there’s no denying that cloud is a big deal. IT research firm Gartner recently forecast the public cloud market to grow 19% to $131 billion worldwide this year, while large enterprises and government agencies are trying to do more with less by migrating to cloud computing infrastructure. 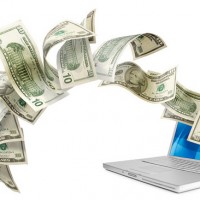 In fact, Infrastructure-as-a-Service (IaaS) is the fastest growing segment of the market, with growth of over 47% slated in 2013. The cloud competition for the largest corporations or government customers is particularly cut-throat in the IaaS segment since buying, operating and managing scores of services in an enterprise’s own data center is expensive and complex.

As the battle heats among big-name IT companies in the space, the stakes are high for investors, too. Winning — or losing — these cloud wars will have a huge impact on the bottom lines of tech giants who bet big.

With that in mind, let’s break down four major players in the cloud infrastructure space and see which ones make the grade:

Let’s be clear: Cisco (NASDAQ:CSCO) is staking a big claim in the cloud. On Wednesday, the company announced it is launching new datacenters that are based on Microsoft’s Cloud OS. They leverage the power of Cisco’s Unified Data Center and Microsoft’s Fast Track 3.0 private cloud architecture to set up and manage enterprise clouds quickly and efficiently.

Plus, the news comes on the heels of Cisco’s acquisition of Austrian cloud-services provider SolveDirect last week.

CEO John Chamber has also been working to turn the company into a lean machine well-poised to up the ante in the cloud infrastructure space. Even though the company is trading near its 52-week high set last month, it’s continuing to grow earnings impressively. CSCO’s price/earnings-to-growth (PEG) ratio of 1.3 is higher than I’d like but still lower than its major peers, while it’s trading at just 10 times forward earnings.

To top it off, Cisco doesn’t just offer a dividend, but one yielding 3.2%, which is like a free gift with purchase from any solid tech giant.

IBM (NYSE:IBM) has the size and data center capacity to be a dominant player in the IaaS space. Earlier this year, it set up a global network of eight powerful data centers from which to deliver robust, enterprise-class IaaS services.

Last month, the company shocked the IT world by announcing it will build all of its clouds — including private and public “smart clouds” — on OpenStack’s standards. By committing to the industry’s open-source cloud standard, IBM could help deliver a staggering blow to vendor-specific cloud offerings from VMware (NYSE:VMW) and Citrix (NASDAQ:CTXS).

On top of that, rumors continued to swirl this week that IBM is in the hunt to acquire cloud services provider SoftLayer.

No wonder UBS analyst Steve Milunovich proclaimed Big Blue a “winner in the IT-as-a-service era” and upgraded the stock to a “Buy” rating last week while raising the price target from $210 to $235.

The only problem is that IBM shares currently are trading around $210 — close to the stock’s all-time high set last month. I would also expect first quarter revenue growth to be subdued at best when IBM reports quarterly earnings next Thursday.Still, cash flow is strong and looks sustainable … and IBM has a lot to offer in this booming space.

VMware, which has long provided cloud technology to service providers, is now getting into the IaaS business itself. VMW set the stage for this last summer when it bought software-defined network provider Nicera for $1.26 billion, enabling the launch of its own hybrid cloud service in the second half of this year.

VMW shares have had a tough run lately, though — most notably after reports that major cloud customer PayPal, a unit of eBay (NASDAQ:EBAY), could be replacing VMware’s software with OpenStack products on as many as 80,000 of its servers. VMW dropped some $2 billion in market cap in the aftermath of the report, Forbes reported.

Plus, cloud buzz over the last few years has amped up VMW’s altitude. The company sports a forward P/E of nearly 21 despite its recent sell-off, which is particularly expensive now that IBM and CSCO have the cloud company in their competitive crosshairs.

At first glance, the segment seems to be all about the money, gaining dominance of the IaaS market by underselling everyone else. Last month, for example, it cut cloud service prices for the 30th time since 2006, according to ZDnet.

Still, Federal Computer Week reported last month that AMZN has inked a $600 million deal to build a private cloud infrastructure for the Central Intelligence Agency. Such a deal would go a long way toward convincing enterprises that Amazon has the chops to meet the unforgiving performance and security requirements of big businesses and government agencies.

Despite such prospects, though Amazon is just too pricey now. At $267, it is trading only 6% below its 52-week high in January, while it’s 4.8 PEG ratio and forward P/E of more than 75 give it the highest valuation in the sector.