For years now, advocates have been claiming that cloud computing would follow the path of power utilities, with the vast majority of customers choosing to buy the computing resources they need from some central utility rather than generate it themselves. 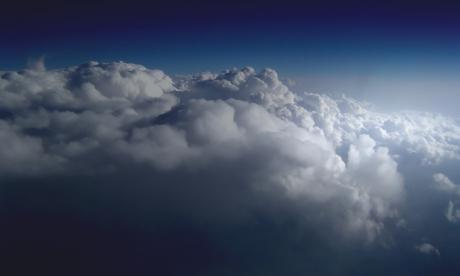 It has become an article of faith that due to economies of scale, this utility model would always deliver better service for less money than trying to go it alone.

In the article, titled “Companies Unplug From the Electric Grid, Delivering a Jolt to Utilities,” reporters Rebecca Smith and Cassandra Sweet explain the trend this way:

Experts say the trend is gaining momentum, spurred by falling prices for solar panels and natural gas, as well as a fear that power outages caused by major storms will become more common.

And that’s on top of the increasing number of power consumers who are installing their own sustainable power generation systems – usually wind or solar – and buying much less power than before, or even selling power back to the utilities.

It’s not that the whole economic model of centralized organizations supplying power is going to go away, it’s just that it now seems as inevitably universal as it once did. As the Journal puts it:

On-site generation still accounts for less than 5% of U.S. electricity production. But it is peeling off some of the bulk sales that utilities find especially profitable.

The Lesson For Cloud Computing

Similarly, that doesn’t mean that there’s no future in cloud computing’s utility model, where a few giant suppliers would supply computing power on demand to the vast majority of businesses and consumers. Instead, it’s more of a cautionary note to cloud companies that are counting on unlimited scale to justify their enormous investments in computing infrastructure.

It’s important to remember that even in a mature market like electrical power, technological advances can swing the balance from one business model to another. For an emerging disruptive technology like cloud computing, we’re still a long way from fully understanding the competing economics of home-grown computing resources vs. buying them from the cloud in all the various use cases. But no matter how the numbers play out in the short term, the long-term lesson is that technological disruptions keep coming, often with the potential to disrupt the disruptors.