Cloud computing has evolved into a powerful business tool for both big name corporations and small businesses alike. Whereas costs and lack of service options once limited cloud accessibility for small businesses, today’s cloud environment and future outlook show that cloud computing is more affordable than ever. 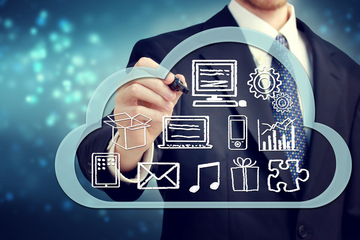 Kirill Bensonoff, founding partner at ComputerSupport.com, and Calvin Wilder, CEO of SmartBooks, recently held a webinar called “2014 Cloud Trends Every CFO Needs to Know,” discussing where the cloud is going and what that means for small businesses. Bensonoff and Wilder identified price trends among cloud providers, as well as security concerns that are relevant amidst recent NSA spying revelations. The two also discussed the cloud services available to small businesses, the rate at which these services are growing and the biggest players leading the market.

One of the glaring trends in cloud computing is the downward trend in prices, making cloud computing more affordable than ever for small businesses. Leading the price wars is Amazon’s cloud service.

“Amazon Web Services (AWS) is the pre-eminent Infrastructure-as-a-Service (IaaS) and Platform-as-a-Service (PaaS) cloud provider, with about 60 percent of the IaaS market share,” Bensonoff said in a follow up. “They have been leading the downward price trends, with over 30 price cuts since 2006.”

AWS also lowered some of its prices by 80 percent in 2013 and already had a major price cut on its Amazon Simple Storage Service (S3) in 2014. Microsoft Azure, Google, Rackspace and other cloud providers followed suit and matched Amazon’s prices, Bensonoff said.

“This trend will continue throughout the year and beyond,” he said, and this is good news for small businesses. “With falling prices, business can take advantage of storage and computing available in the cloud.”

In another growing trend in cloud computing, users have increasing concerns about compliance issues and how businesses are protected from prying eyes.

“[Security] is a major factor when choosing a cloud vendor or deciding whether or not to move into the cloud,” Bensonoff said.

Security concerns include regulatory matters. Cloud providers must ensure that they themselves, along with the services they provide, comply with regulations such as the Financial Industry Regulatory Authority (FINRA), Sarbanes–Oxley Act (SOX) and Health Insurance Portability and Accountability Act (HIPAA). But in 2013, businesses became even more concerned about data security and privacy issues after Edward Snowden’s revelations regarding the NSA’s electronic surveillance program, PRISM.

“There is a threat of the government looking at your data, as we recently learned via Snowden, and folks are thinking twice about putting their intellectual property into the cloud,” Bensonoff said. That has turned some users off of U.S.-based services. “Some are thinking about moving it abroad.”

However, not all businesses are allowed to use overseas cloud providers. “There are issues for those that do any work for the government and are under ITAR regulatory compliance. They have to be hosted on U.S. soil,” Bensonoff said.

Bensonoff and Wilder also identified the cloud services currently available to small businesses, naming the platforms that are leading the market:

Additionally, emerging cloud players include desktop-as-a-service, such as Citrix; file-sharing services, such as Egnyte; virtual datacenters like DinCloud; Java Platform-as-a-Service, such as CloudBees; and Single Sign-On (SSO) authentication, like OneLogin.