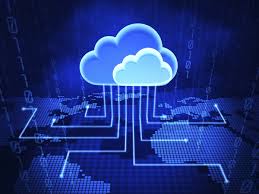 The exact start is hazy, but 2006 was a major milestone. That’s when Amazon Web Services started offering utility computing services to external customers. The story is often told that Amazon, with its vast data centers, had excess compute capacity to sell. Yet Amazon CTO Werner Vogels calls this a myth: “Within two months after launch, AWS would have already burned through the excess Amazon.com capacity,” he told Quora. “Amazon Web Services was always considered a business by itself.”
That’s impressive: demand so great that AWS would have burned through excess in only two months? Clearly a market existed. Soon the sector was crowded with competitors, from hosting companies to telcos to big IT service firms. They all hustled to sell compute capability remotely – “over the cloud” – coining the term Infrastructure as a Service (IaaS).
Sure, some established players grumbled about a trend that threatened legacy positions. Oracle CEO Larry Ellison famously crowed, “We’ll make cloud computing announcements. I’m not going to fight this thing. But I don’t understand what we would do differently in the light of cloud.” Yet foot dragging by big players only allowed a large bevy of upstarts to get a foothold – many of which had their own unique approach to cloud pricing and services.
Nicholas Carr’s much-talked-about book The Big Switch, published in 2008, envisioned this brave new world: “Soon all companies and individuals will outsource their computing systems, from programming to data storage, to companies with big hard drives in out-of-the-way places.” The Cloud Era had dawned. By 2010-2011, cloud computing hype reached full blast.
Vendors saw big dollar signs as research firms issued charts showing cloud’s exponential revenue growth. The gold rush spawned a new term, “cloud washing” – when a company re-labeled its old-school services as “cloud” to cash in on the mega-trend.

In the mad hurry to cater to a generational shift in IT, vendors never agreed on a factor that would have greatly aided customers: a standard pricing metric. What’s a unit of cloud services cost? Well, that depends on a blizzard of variables – on both the vendor and client side. To be sure, the term cloud computing is so broad it’s almost meaningless. You’ve got your public clouds and your private clouds, or a mix of the two, hybrid clouds. There are private clouds hosted in-house and private clouds hosted remotely. (Wait, a private cloud hosted remotely? Isn’t that… a public cloud? Yeah, it gets confusing.) There’s IaaS and there’s PaaS, and Salesforce proves that SaaS is a red hot market.
VMware recently bought a firm in the DaaS space. In fact, VMware – I’m not making this up – touts the ability of its vCloud Automation Center to deploy XaaS, or “Anything as a Service.” Hoo boy. The simplest of these many cloud variations is the public cloud. Yet even here, pricing raises questions. “On the surface, at least in the public cloud, pricing seems simple enough, with most services basing pricing on some notion of a CPU-hour,” says Sam Charrington, founder and principal analyst at CloudPulse Strategies. “But when you peek under the surface, things can get very complicated. ‘What exactly is this CPU that I’m buying an hour of?’ It turns out that even within the AWS cloud, performance of two instances of a given type can vary wildly.” Notes Paul Burns, an analyst with Neovise:
“Even if you try to build a spreadsheet of the prices of different-sized compute instances and their corresponding components such as CPU, cache and RAM, you still won’t know how much compute power you will receive. Run a compute benchmark on just about any cloud and you’ll see great fluctuations in performance.” It was probably inevitable.
Cloud computing is a rapidly emerging technology in a highly complex industry, serving customers whose needs change constantly. It’s no wonder that cloud pricing is a confusing topic. Among the thicket of variables that influences pricing, even for vendors bidding on identical projects: feature sets, standards, performance, locations, integration, reputation, relationships. Perhaps the cost of a cup of coffee in Silicon Valley. And in the case of customized clouds – like private clouds – certainly the client’s potential budget. And, of course, a company’s own needs.
“While in the perfect circumstances understanding what a specific cloud provider is charging is simple, the comparison of like for like is not,” says Mark Thiele, the EVP of Data Center Tech at Switch. “This comparison is made harder by the fact that every business must apply the models to their specific business needs.” So pity the poor IT manager attempting to select a cloud vendor.
Cloud providers peddle a mixed menu of options, delivered in myriad ways (managed? In-house? PaaS?). Like any good sales rep, they’ll highlight the upside while neglecting the downside. An IaaS vendor can (probably) guarantee storage or network bandwidth – within a variable range – but the application’s actual performance? Okay, it might vary (considerably). A private cloud vendor will positively glow when touting security and customized features. But the ability to quickly scale? Okay, it can’t scale-out like a public cloud, but let’s not talk about that. Different Schemes, Subtle Differences
In the old days, companies shopping for IT resources had it pretty simple: does the network/server/gear do what we need, and can we afford it? In the now-fading Client/Server era, one vendor’s server, for instance, could be compared relatively simply to another’s. Need a new box? The toughest part was getting the corporate credit card. But no longer. A company that, say, wants to figure the cost to deploy an application in the cloud faces serious homework. “Working out the costs of deploying an application on the cloud is no easy task when you consider the different schemes and subtle differences,” says Owen Rogers, an analyst with 451 Research. He offered some future consolation: “Cloud brokers will one day be able to navigate these schemes on the consumers’ behalf, distributing applications across, and between clouds, to gain the best value while meeting business objectives.” Okay, so the cost of deploying an app is highly variable. But what about something as simple as on-demand? We can just look at the price sheet, right? On-demand is merely utility computing. Actually, no. “The dream of cloud computing was the ability to consume IT services on a pay-as-you-go basis,” Rogers noted. “Most cloud providers offer this ‘on-demand’ pricing, but there are subtle differences between providers on how consumption is measured – there is no standard of ‘on-demand’.”
Share this
0 likes
Related Articles
1 Comment