Cloud computing: Why are Americans confused by it?

Cloud computing, or using remote Internet servers to store data, may be one of the most misunderstood terms in our country today. 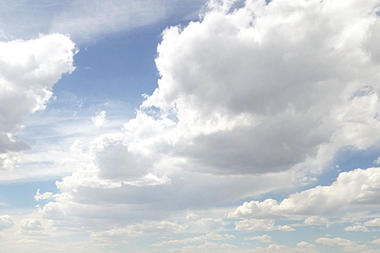 A recent survey reveals the depth of misconception swirling around the simple term “cloud” — people say they don’t use cloud computing when almost all of them do, and they just can’t shake the association with weather. The problem may not be with understanding the technology, but simply a case of choosing the wrong name.

What’s in a name? TechNewsDaily turned to naming consultant Adam King of Sun Valley, Idaho, who named Spike TV, an action-packed cable channel geared toward men. He was not surprised at the confusion swirling around the meaning of “the cloud.” A good name takes into account the existing meaning of the word, King said.

“A ‘cloud’ means confusion, vagueness, and something that hides other things,” he said. “We already use negative expressions like ‘his head is in the clouds’ and ‘You are clouding the issue.'”

No wonder we’re struggling with the concept of cloud computing .

The extent of confusion was revealed in a national survey of 1,000 adults conducted by Wakefield Research. When asked what “the cloud” is, a majority responded it’s either an actual cloud, the sky or something related to the weather (29 percent). Only 16 percent said they think of a computer network to store, access and share data from Internet-connected devices. Some of the other verbatim responses included toilet paper, smoke, outer space, cyberspace, heaven and a place to meet.

So where did the name “the cloud” come from? As far back as 1994, scientists used a cloud-shaped drawing in their diagrams to depict clusters of services that could be delivered over the Internet .

After seeing the wide range of inaccurate definitions of “the cloud,” it’s really no surprise that the majority (54 percent) of people surveyed said they did not use the cloud, when in fact, 95 percent do, researchers said.

And even among those who had a grasp of cloud computing, the association with weather seems to be stubbornly stuck to its technology-related meaning. More than half of respondents believe stormy weather  would interfere with their cloud computing.

But just because people don’t fully grasp the term, many would rather not reveal their lack of knowledge. In fact, one in five Americans said they’ve pretended to know what the cloud is or how it works. About a third said they’ve assured a potential employer  that they know all about the cloud during a job interview and 17 percent said they’ve made a similar claim during a first date.

So what would be a better name for the cloud? King was reluctant to come up with a new name (the naming process can take weeks of research, he said), but suggested a good place to start.

“A much better name would combine the concepts of high tech and reliability,” he said.