Cloud computing: What to ask your vendor partner

Craig Allen, executive director at cloud provider Offis, provides his tips on the questions you should ask before signing on the dotted line with your new cloud service provider. 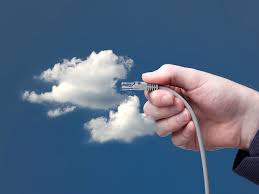 Are you ready for DIY cloud?

“What we found was that people didn’t really understand what they were purchasing, from an infrastructure point of view. What they needed was the consultation to be able to build a proper environment and not just work within the limitations of a larger organisation — the full DIY,” Allen said.

“It was a big disappointment for a lot of these customers. They make a major step out to the cloud in moving into these environments, and then have just as much pain moving back to where they started from.”

Do I still need IT staff?

“The other thing we are seeing is that if [customers] buy a cloud solution, they [think] don’t need their operations staff anymore,” Allen said. “If you have a look at the average IT department, you have got the infrastructure — the physical equipment — the operations staff who make the equipment run, do backups, do patches, do firmware and go through the checklist every day, and every week and every month and do exactly the same things. Then you have the developers and business analysts.”

“Some businesses think if they go to the cloud they no longer need all their operations staff. Well, that is true if your cloud provider provides operations staff as part of the solution. But if they don’t, and they’re just a ticketing system, then that is just a really big black hole for customers.”

“What we have seen, is that a lot of developers get on to [a cloud provider], wind up a server and think that that is a fantastic environment,” Allen said. “Then they get their company to get onto that platform and then they start running into some major roadblocks.

“For [one cloud provider] you can upgrade that hard disk capacity to 4000 IOPS — 4000 input/outputs per second on the disk — but your average desktop can do 4000 IOPS with three or four SAS drives.

“We have had customers who have used [that cloud provider] and their applications do not work because their hard disks don’t run fast enough. [One customer] had a developer running a small database application [with that cloud provider] and everything looked like it was working fine then moved it into production and it simply didn’t work. This is a really big issue which customers need to face up to.

“We have gone out and done the secret shopper routine and run our own tests, and we have seen things which are mindboggling. [One cloud provider’s] IOPS were incredible — something in the order of 50,000 IOPs — which we thought was amazing. But the latency was in the thousands of milliseconds.

“When [the data] got there it was going really fast, but you had to wait forever to get there. Those are some of the things you have to look for when a provider is located overseas. In particular, look at the IOPS on their system.”

Have I taken future growth into consideration?

“You really want to look at what you want to do with growth,” Allen said. “Unfortunately, when you give people storage, they have a penchant to fill it as quickly as possible. So, data growth is the major component of what we are looking at today.

“You have to make sure that if you are going to grow as an organisation that you plan for things like 30 percent growth on your hard disks every year, potentially adding web services in a load balanced environment as well, and how you might want to handle the environment when you are doing patching — ie, failover environments.”

Just what kind of support do I have?

“When organisations look at cloud providers, they should also be looking for where the support is coming from,” Allen said.

“We find that with customers it is usually the little things that they miss. It can be things like patching old Linux boxes, having old version of Fusion which are compromisable … something that a developer put on the box three or four years ago and which has a known exploit in it. It’s not the cloud provider’s job to fix that, though it could compromise the cloud provider’s infrastructure.

“What we say to customers is make sure you have people who you can call for support to act as your operations level; don’t just get rid of them and think you are saving money.

“The question comes back to: ‘Where is your data, is it in the right time zone, and can you get support for it?’. If it is overseas, particularly in the US — which is almost opposite [to Australia] — trying to get support in the middle of their night means you don’t always get the best operators on the line.

Is what I’m being quoted the full price of the service I want?

“[Companies find] they can get a service with this many CPUs for however much a month, and then they find about all the extras,” Allen said.

“We had one customer who got upset because one extra was a variable in-bound rate on their data. Unfortunately, they got DDoSed and their bill went through the roof — as you’d imagine. What I would say is that when you are looking, make sure it is an apples-to-apples comparison.”