The rise of cloud computing will lead to further job creation within the IT sector over the coming years, it has been predicted. IT analyst International Data Corporation (IDC) believes up to seven million jobs will be created between now and 2015, as more businesses and organisations embrace hosted services. “Despite modest growth in the IT sector overall in the US, cloud-ready jobs are increasing as we head into 2013,” said Cushing Anderson, a program vice-president at the firm. 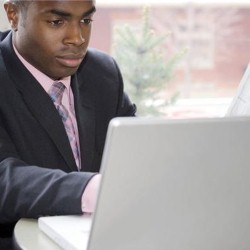 However, he warned that a lack of cloud-related skills could see many of these positions go unfilled.

At present, IDC claims there are 1.7 million open cloud jobs worldwide, but simply not enough candidates with the required skill levels and expertise.

“Workforces around the world are steps behind when it comes to attaining the skills necessary to thrive in the cloud computing industry,” Mr Anderson stated.

He said that unlike IT skill shortages in the past, solving this skills gap is “extremely challenging”.

Mr Anderson noted that the cloud brings a new set of skills, which have not been needed in the past.

“There is no one-size-fits-all set of criteria for jobs in cloud computing,” the expert claimed.

“Therefore, training and certification is essential for preparing prospective jobs candidates to work in cloud-related jobs.”

But more firms embracing the cloud

According to KPMG, 81 per cent of businesses are either planning, are in the early or advanced stages of experimentation, or already have full-on cloud implementations.

Almost one quarter of executives surveyed by the Big Four firm said they are running core IT services on the cloud (ten per cent) or are in transition to do so (13 per cent).