The staggering growth of cloud computing is driving today’s IT infrastructure to new levels of efficiency through greater integration and convergence. 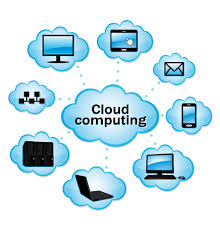 The modern cloud computing environment demands performance, resiliency, and scalability. The next generation of converged infrastructure is poised to provide exactly that.

Consider Cisco’s recent acquisition of all-solid-state array vendor Whiptail. This is really exciting news. By integrating flash and SSD-based components into the compute layer, vendors like Cisco are enabling a giant leap in cloud performance through converged storage, networking, and server systems. Let me break down what’s going on.

Storage. To be sure, traditional storage platforms are not going away. But by incorporating SSD and flash-based arrays, administrators are able to utilize converged systems more intelligently. In creating storage pools, for example, data can be positioned on the optimal type of storage. This means that heavily accessed data can be placed on flash arrays, while other data points that only require traditional storage can be placed on slower spinning disks.

Networking. The beauty of a converged system is the networking throughput it can deliver. Already we are seeing networking capabilities in the hundreds of Gigabit range. Switches and fabric interconnects allow data to pass through the networking layer with the least amounts of hops. Couple this with an overall improved converged infrastructure and possibilities for even greater performance optimization become quite achievable. The networking layer will continue to be a critical part of the converged system. As trends around cloud, user activity, and the data residing on the platform continue to increase, networking backplanes will need to handle more based on throughput demands.

Compute. The compute layer within the next-generation converged platform will continue to evolve as well. Already, blades are capable of utilizing several terabytes of RAM and quite a bit of networking throughput. The consolidation of the datacenter has resulted in super-efficient blade environments which are now directly integrated into the entire converged infrastructure platform. By connecting directly into a chassis backplane, blades are able to scale very quickly and deliver high levels of resiliency. Modern systems can handle multiple hardware failures while still providing a smooth experience to the end-user.

Combining the logical and the physical. This is where converged platforms really shine. Today’s cloud revolves around virtualization and modern datacenter technologies. Converged infrastructure systems aren’t only allowing for greater virtual platform controls, they’re virtualizing the entire converged system. By creating intelligent service and hardware profiles, organizations can create “follow the sun” datacenter models. This means that a service profile can automatically re-provision a set of blades or chassis to support users on a different side of the world.

Organizations are already actively adopting converged infrastructure platforms to them achieve greater amounts of infrastructure efficiency. Couple this with the resources presented on the actual converged system and you’ve got pretty powerful solutions that can: