CenturyLink, which provides a large portfolio of internet, media, voice and entertainment services based on cloud computing technologies, is aggressively looking for its larger share in the cloud-based market by introducing BOSH for its Cloud Foundry platform to offer public cloud solutions to the customers. 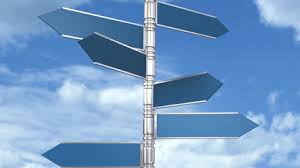 Earlier than this, CenturyLink has decided to buy Tier 3 and AppFog companies to pursue its ambitious entry into the cloud computing market. The BOSH open source tool chain would be used to deploy the Cloud Foundry on multiple clouds. BOSH has already been used for the deployment of Cloud Foundry on numerous cloud computing platforms such as – VMware’s vCloud Director and vSphere, Amazon web services and OpenStack.

In his statement, the CTO of the cloud business department at CenturyLink Jared Wray said, “CenturyLink supports Cloud Provider Interface (CPI), which will create a bridge between CenturyLink cloud and BOSH. Therefore, the CPI would be helpful to bring the PaaS services of Cloud Foundry to any other public cloud”. He further added that CenturyLink plans to use BOSH on Ubuntu and would extend its implementation in other platforms later on.

There is a substantial number of technical experts who believe that the BOSH is a bit complex tool and take lots of efforts to implement it in a cloud computing environment. Responding to the queries regarding the complexity of the BOSH tool chain, the CTO of the company Jared Wray said, “Yes, I acknowledge that BOSH is a bit complex tool but when any product starts out there is a lot of complexity especially in distributed systems. But with the passage of time, now it is getting more and easier with every passing day as the engineers are getting more know-how of the tool chain”.

He further pointed out that the customers would get more benefits with the implementation of BOSH tool chain’s extensive automation features and capabilities. “Everyone talks about Chef and Puppet configuration management tools but Bosh does the full operational stack — the deploy, update– it does all that operational work — that’s the Bosh magic,” he added further.