Cloud computing set to pick up pace in Oman

Slowly but surely cloud computing appears to be gaining momentum in Oman as the country gears up to harness the gains of the digital age. Iyad Alchammat, General Manager, Cisco Oman, told the Oman Observer that “cloud computing has come of age and it is set to pick up pace in Oman”. Worldwide, more and more data is migrating to the cloud; by 2014 over 50 per cent of computing workloads in data centres will be cloud-based. By 2020, one third of all data will live in or pass through the cloud. The concept of cloud computing works through a collection of Internet-based or private network services by providing users with scalable, abstracted IT capabilities, including software, development platforms and virtualised servers and storage. 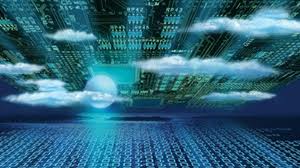 As opposed to the other computing models, users of cloud computing can reverse VAT and withholding taxes on imported service and do not have to have a physical taxable presence. Providers of cloud computing can also claim capital expenditure and VAT is not charged on exported services. “Cloud computing makes it conveniently easier to innovate and increase revenues in a way that is not easy to achieve with the traditional IT models as it promises increased revenue, less recurrent costs and minimal initial capital outlay,” say experts.
Education, finance IT and telecommunications are going to be the forerunners in adopting to the cloud services. Business Process Outsourcing firms are also seeking a computing platform for their services without necessarily buying the software and hardware. The increased demand for cloud computing infrastructure by companies is mostly because it provides computing infrastructure as a service exempting them from purchasing servers, software, data centre space, or network equipment directly.
Global cloud services revenue will jump 20 per cent per year, and IT spending on innovation and cloud computing could top $1 trillion by 2014. Cisco forecasts that global data centre traffic will grow 4-fold and reach a total of 6.6 zettabytes annually by 2016.
The company also foresees that Middle East and Africa will have the highest cloud traffic growth rate (79 per cent CAGR); followed by Latin America (66 per cent CAGR); and Central and Eastern Europe (55 per cent CAGR). Furthermore, Cisco predicts that global cloud traffic, the fastest growing component of data center traffic, will grow 6-fold – a 44 per cent combined annual growth rate (CAGR) – from 683 exabytes of annual traffic in 2011 to 4.3 zettabytes by 2016 cloud data center traffic will grow 6.2-fold by 2016, at a CAGR of 44 per cent from 2011 to 2016.
As cloud traffic continues to proliferate in a new world of many clouds, the forecast confirms that strong growth in data centre usage and cloud traffic are global trends, driven by our growing desire to access personal and business content anywhere, on any device. It is clear that the next-generation Internet will be an essential component to enabling much greater data centre virtualisation and a new world of interconnected clouds
While cloud computing is also gaining momentum in Europe. Annual sales of cloud services in Europe will rise 4.3 per cent, to $29.5 billion, in 2015 from $24.7 billion this year. Europe is embracing the cloud despite the complexities of the bloc’s data protection laws. In addition to forbidding the transfer of data on European citizens outside the 27-member EU, there are many different versions of what is considered private information and how it is supposed to be handled.
For most businesses, cost savings are the cloud’s biggest attraction. Cloud data centres are typically vast collections of computer servers and supporting equipment run by businesses that specialise in wholesale data processing.