It’s obvious that cloud computing imposes vast change within IT organizations. I’ve written repeatedly on this topic, addressing issues such as cost allocation, job opportunities, automation requirements, security and the relationship between application and operations groups.

Cloud computing represents the most profound change in computing that the industry has ever seen. The reason is simple. Cloud computing is not just a platform change implementing a better price/performance capability based on Moore’s Law. It represents, instead, a move to an automated computing capability. 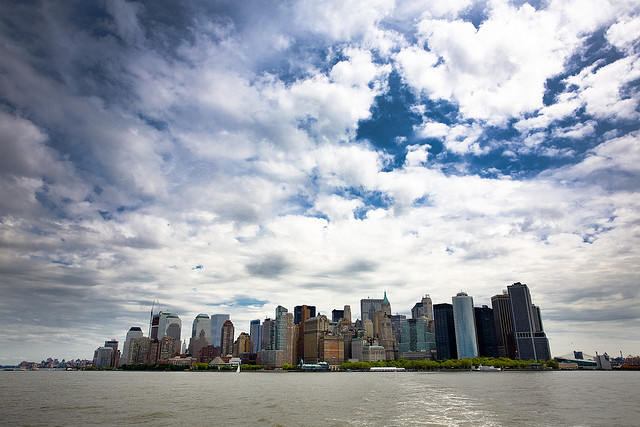 In this sense, it is akin to what mass production brought to automobile manufacturing, a change so profound that our entire society is completely different than it was before Henry Ford married an assembly line to standardized manufacturing.

With the Cloud Comes Small, But Frequent, Purchases

While I’ve written extensively about the big changes that cloud computing brings to end user IT, I haven’t spent much time focusing on vendors’ role in this new world. That doesn’t mean that cloud computing won’t bring equally significant changes to the vendor side of the equation; in fact, the changes will be just as wrenching for vendors, with an equal transformation forced on them by the characteristics associated with the cloud.

The foundation of the change can be summed up simply. Cloud computing substitutes small, frequent, incremental purchases for occasional, large, bulk purchases—and delivering and profiting from the former requires very different skills and organizations than the latter.

The increasing adoption of “pay-as-you-go” or “pay-per-use” by end users has caused this shift. Instead of buying a server to run an app, a user can rent a server to run when he needs it. In many cases, he won’t even need to rent a server, instead paying for just the service and leaving ownership and management of the server to the provider, whether it’s an IaaS cloud service provider such as Amazon Web Services or a SaaS vendor such as Salesforce.

As should be obvious, this results in much smaller purchases. Moreover, it commonly results in a subscription payment pattern—that is, a monthly payment. While the overall revenue might be significant, it’s going to be realized over a period of time, not in a single payment at time of agreement.

This has several implications. For starters, revenue can be much more predictable. Subscribers typically resubscribe at rates well above 90 percent. Think about how attractive this can be compared to having to find a whole new set of customers each quarter. It’s also much less work to get a customer to agree to a small fee commitment rather than a large one-time payment. While the total fee over the lifetime of the subscription may even be more than a one-time payment would be, the smaller initial payment makes it easier to obtain customer agreement.

On the other hand, the move to smaller, incremental deals challenges established methods of doing business. Vendors need to develop new operational methods that align with the realities of pay-as-you-go or subscription models. By the way, buyers need to be aware of these implications and be ready to work with vendors following these operational methods.

Standardized offerings. Subscription and pay-as-you-go offerings feature a few, standardized offerings, much like a fast-food restaurant menu. Subscription-oriented offerings need volume to generate significant revenue. That means finding a large number of customers who are satisfied with a standard offering, rather than customizing an offering to suit a few customers. McDonald’s makes money by selling a few types of burgers billions of times, not by offering to cook special meals to a few affluent customers.

Sales interaction in this case commonly focuses on telesales driven by Web-based demos. If you want to explore the integration of your cloud offering with your internal systems or processes, you’ll probably need to engage a consultant, either from the provider or a third party. Furthermore, with so much less revenue early in the product or service lifecycle, the provider can’t afford to invest much in the sales process, so don’t be surprised if you, the customer, have to take on more of the assessment effort.

A richer ecosystem. As noted, cloud vendors can’t afford to devote a lot of money to the sales process; crucially, a set of services that used to be provided by the vendor and absorbed as part of the cost of sales can no longer be subsidized by the provider.

From a user perspective, those services will be provided by online sites that offer product or service descriptions and assessments, consultants that provide technical integration and partner providers that offer complementary functionality. (As a customer, you can expect this richer functionality ecosystem to impose additional integration complexity and cost).

A different ecosystem. The current ecosystem will be disrupted, though. Both hardware and software vendors have built up elaborate partner programs to leverage systems integrators (SIs) and value-added resellers (VARs) as channels to bring products to customers.

SIs and VARs are both challenged by cloud computing and need to find new business models to meet the changing market. The vast majority have prospered by taking a cut (margin or points) from the sale of the vendor’s products to customers that the vendor cannot or will not directly sell to. There’s a lot less margin when the sale is a much smaller subscription; consequently, SIs and VARs find their revenue source under attack.

The natural response is to turn to services or consulting to replace the lost revenues, but those require different skills than selling standardized hardware devices. It’s safe to say that “the channel” will undergo significant change over the next few years as the move to cloud computing plays out.