Perth-based financial services technology provider Decimal is hoping to tap into local investor appetite for cloud computing services, with a back door listing on the Australian Securities Exchange in April. 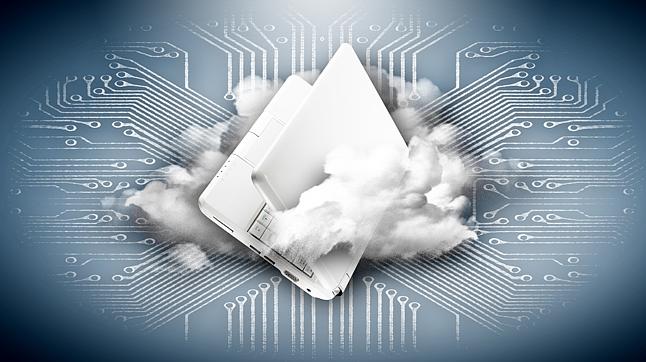 Shares in mineral exploration company Aviva jumped from 15.5 cents to 23.5 cents on Monday morning following the announcement of a conditional agreement for a buy out of Decimal to be approved by a shareholders meeting and a share issue on April 9.

The company is also part of a trend that has seen a number of former mining minnows become shell companies and re-emerge as technology firms.

Aviva company secretary Stef Weber said other industries had been disrupted by innovative cloud based technology solutions such as that provided by Xero, Carsales and Freelancer.

The platform is used by financial advisors and institutions including Mercer to provide financial advice, compliance and service.

“Decimal has the potential to change the financial services industry with its fully integrated, cloud based advisory platform,” Mr Weber said.

The listing of the cloud based platform for financial planners, follows other recent tech listings including Xero and Freelancer. Xero is a cloud accounting software provider, which has seen its stock soar by more than 28 per cent since the start of the year, this month it has added $1.1 billion to its market capitalisation, which now stands at $4.5 billion.

Another Australian cloud services provider in software development and collaboration, Atlassian is re­domiciling to the UK this year in preparation for a public offering in the US.

Decimal founder and managing director Jan Kolbusz, a former Asgard senior executive, said Decimal would have around $13 million in cash reserves following the transaction which would be used to strengthen its executive and sales team and undertake an aggressive marketing campaign and pursue expansion in the US and United Kingdom.

Telsyte managing director Foad Fadaghi said it was a good time for Australian companies to undertake initial public offerings given that the appetite for risk and IPOs increased with stimulus measures in the domestic and US economies.

“Investors are looking for better yields and returns than they would make on blue chip stocks,” Mr Fadaghi said. “It is an opportunity for the large number of self managed super funds and small investors to put a bit of their portfolio into these IPOs.

The choice of listing in Australia or overseas depended on the individual business, he said.

“Different businesses have different priorities depending on their footprint and strategy and where they want to take their business,” he said. “Some of the guys who have done it locally, have a track record and profile.”

Shifting from mining to tech

“I suspect it’s a bit easier than going through the whole IPO process,” Mr Harris. “With mining capex coming off a bit, part of it is a rotation of money into growth areas.”

The success of NASDAQ listed companies such as Salesforce, NetSuite and Workday had created an appetite for software as a service style models that fed into markets elsewhere.

“Equity markets have an appetite for them at the moment and are paying up for them,” Mr Harris said. “There are a lot of cloud software as a service style businesses, particularly in the US trading on revenue multiples of twenty times.”

While there were tax and research and development incentives that could lure technology companies overseas, Australia also offered the benefit of franking credits when companies eventually started paying dividends, he said.

“Ultimately it depends on where your earnings are going to come, some listed companies in general which are Australian headquartered have struggled to take on the broader world because of the time difference, and the ability to be face to face with customers.”

Mr Kolbusz said the platform had been in development for the past six years and helped advisors and firms to cut costs and reach new clients.

It also offered real time compliance management, with a complete audit trail over the advice given and documentation.

It competes with software platforms developed by Iris and Rubik Financial currently used by financial planners, and targets financial institutions whose only option currently was to develop in-house digital integrated systems.

“At an institutional or dealer group level, this can help avoid the types of failures caused by poor oversight systems that we have witnessed in recent years,” Mr Kolbusz said.

Decimal executive chairman Michael Sertorio said the company preferred to list in Australia, where there was a sophisticated market for investment and insurance products and a mature superannuation sector.

“From an investor point of view, the US and overseas markets like to see you are entering or are in these markets before they seriously consider investing in you,” he said.

The listing of Xero and Freelancer, which grabbed the attention of investors including from the US, was a recognition of the opportunity that existed within cloud-based companies to transform an industry sector, he said.

“A lot of companies coming on to the market in the past few months have been in development and commercialisation for some years,” Mr Sertorio said. “It’s very much about the Australian market growing an appreciation of the potential of these companies.

“We believe Decimal has the same opportunity in personal financial services.”