Researchers of five European universities have developed a cloud-computing platform for robots. The platform allows robots connected to the Internet to directly access the powerful computational, storage, and communications infrastructure of modern data centers — the giant server farms behind the likes of Google, Facebook, and Amazon — for robotics tasks and robot learning. 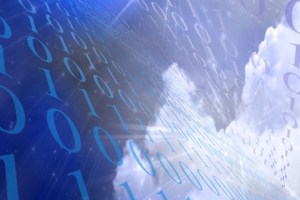 With the development of the Robo Earth Cloud Engine the team continues their work towards creating an Internet for robots. The new platform extends earlier work on allowing robots to share knowledge with other robots via a WWW-style database, greatly speeding up robot learning and adaptation in complex tasks.

The developed Platform as a Service (PaaS) for robots allows to perform complex functions like mapping, navigation, or processing of human voice commands in the cloud, at a fraction of the time required by robots’ on-board computers. By making enterprise-scale computing infrastructure available to any robot with a wireless connection, the researchers believe that the new computing platform will help pave the way towards lighter, cheaper, more intelligent robots.

“The RoboEarth Cloud Engine is particularly useful for mobile robots, such as drones or autonomous cars, which require lots of computation for navigation. It also offers significant benefits for robot co-workers, such as factory robots working alongside humans, which require large knowledge databases, and for the deployment of robot teams.” says Mohanarajah Gajamohan, researcher at the Swiss Federal Institute of Technology (ETH Zurich) and Technical Lead of the project.

“On-board computation reduces mobility and increases cost.,” says Dr. Heico Sandee, RoboEarth’s Program Manager at Eindhoven University of Technology in the Netherlands, “With the rapid increase in wireless data rates caused by the booming demand of mobile communications devices, more and more of a robot’s computational tasks can be moved into the cloud.”

While high-tech companies that heavily rely on data centers have been criticized for creating fewer jobs than traditional companies (e.g., Google or Facebook employ less than half the number of workers of General Electric or Hewlett-Packard per dollar in revenue), the researchers don’t believe that this new robotics platform should be cause for alarm. According to a recent study by the International Federation of Robotics and Metra Martech entitled “Positive Impact of Industrial Robots on Employment,” robots don’t kill jobs but rather tend to lead to an overall growth in jobs.